"The Northman" is a 2022 American epic historical action thriller film directed by Robert Eggers.
The starring cast includes Alexander Skarsgård as Amleth, Nicole Kidman as Queen Gudrún, Claes Bang as Fjölnir the Brotherless, Anya Taylor-Joy as Olga of the Birch Forest, Gustav Lindh as Thorir the Proud, Ethan Hawke as King Aurvandill War-Raven, Björk as Seeress, Willem Dafoe as Heimir the Fool, Oscar Novak as Young Amleth, Elliott Rose as Gunnar and others.

Here are "The Northman" movie trailer, plot summary, full cast and characters, release date, streaming services and everything we know so far.

Is there a trailer for The Northman movie?

Focus Features on Wednesday, April 13, 2022 released the trailer for "The Northman" you can watch here:
THE NORTHMAN - Official Trailer 2 - Only in Theaters April 22. 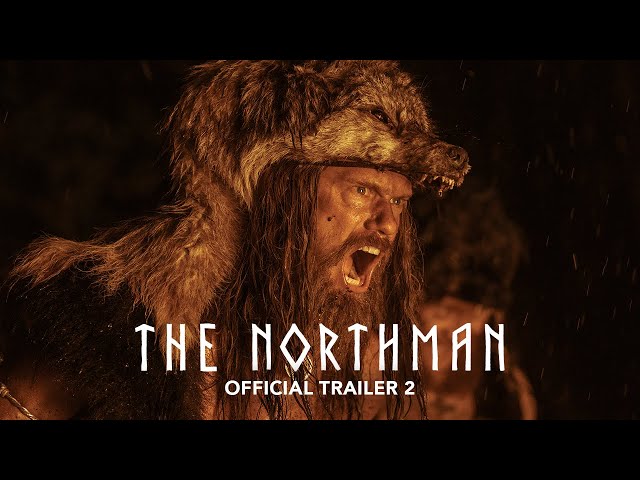 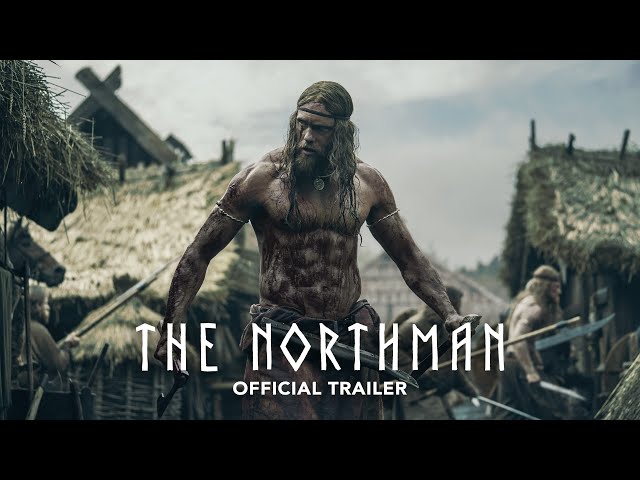 What is The Northman movie plot?

Here is a short review of "The Northman" movie plot summary.

In AD 895, King Aurvandill returns to the island of Hrafnsey after his overseas conquests, reuniting with his wife, Queen Gudrún (Nicole Kidman), and his heir, Prince Amleth (Alexander Skarsgård). To prepare Amleth for his eventual ascension, the two participate in a spiritual ceremony overseen by Aurvandill's jester, Heimir. The next morning, Aurvandill's bastard brother Fjölnir murders the king, raids his hillfort and carries away Gudrún. Amleth flees by boat, swearing vengeance.
Years later, Amleth lives as a berserker with a band of Vikings. After an attack in Gardariki, Amleth encounters a Seeress (Björk) in the temple of Svetovit; the Seeress predicts that Amleth will soon take revenge on Fjölnir, and that his path is intertwined with a Maiden-King. Amleth learns that Fjölnir was overthrown by Harald of Norway and lives in exile in Iceland. Posing as a slave, Amleth sneaks aboard a ship. He encounters a Slavic woman named Olga, who claims to be a sorceress. They are taken to Fjölnir's farm, where he learns his mother has married Fjölnir and bore him a son named Gunnar (Elliott Rose).
One night, Amleth encounters a magician who facilitates a spiritual dialogue between Amleth and the late Heimir, revealed to have been murdered by Fjölnir. He then tells Amleth about Draugr, a magical sword at the Gates of Hel. Amleth enters a mound and obtains the blade after fighting the undead Mound Dweller (Ian Whyte). He hides it upon return to the farm. The next day, Amleth is selected to compete in a game of knattleikr against another farm. The game turns violent and Gunnar is almost killed, but Amleth saves him. As a reward, Fjölnir's adult son, Thorir, grants him overseer duties and allows him to choose a woman.

Who plays who in the The Northman movie cast?

Here is the full cast and characters of "The Northman" movie. Actors and actresses are sorted mostly in credits order.

When is The Northman movie release date?

What are The Northman filming details?

"The Northman" movie is rated "R", according to the MPAA film rating system.

Principal photography began in March 2020, but it was halted due to the COVID-19 pandemic.

What are critics and audiences saying about The Northman movie?

"The Northman" movie got high rating from critics. IMDB rating is 7.1/10. Audiences polled by CinemaScore gave the film an average grade of "B" on a scale ranging from A+ to F.

More information and reviews on "The Northman" movie you can get on the following websites.

The Northman on IMDB is available at:

The Northman on Wikipedia is available at: