Here are "Bandersnatch" movie trailer, plot summary, full cast and characters, release date and everything we know so far.

Is there a trailer for Bandersnatch movie? 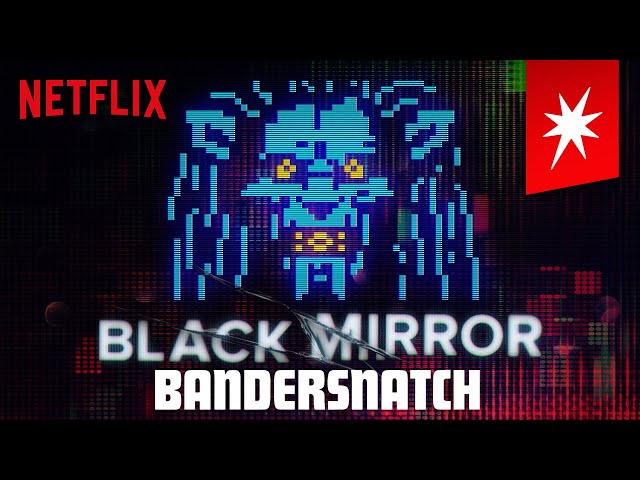 What is Bandersnatch movie plot?

Here is a short review of "Bandersnatch" movie plot summary.

«Format»:
Bandersnatch is an interactive film. A brief tutorial, specific to the device being streamed on, explains to the viewer how to make choices. When presented with a choice point, the user has ten seconds to make a choice or a default decision is made for them. The average viewing is 90 minutes, though the quickest path ends after 40 minutes. There are 150 minutes of unique footage divided into 250 segments, yielding over one trillion possible paths that the viewer can take. In some cases, the same scene is reachable in multiple different ways but will present the viewer with different choices based on the way they reached it. In other cases, certain loops guide viewers to a specific narrative regardless of the choices they make.
Netflix reported that there are five "main" endings, with variants within each ending; some endings are intercut with credits, similar to other Black Mirror episodes. Producer Russell McLean said there are between ten and twelve endings, some of which are more concrete than others, and according to director David Slade, there are a few "golden eggs" endings that are difficult to achieve. No ending is considered "prescribed" over any other, according to series creator Charlie Brooker and executive producer Annabel Jones, particularly as they felt some endings were not truly endings in the traditional sense. In most cases, when the viewer reaches an ending, the interactive film gives the player the option to redo a last critical choice in order to explore different content, sometimes with a fast-forward through early parts of a storyline already seen. Some endings may become impossible to reach based on choices made by the viewer unless they opt to restart the film.

Who plays who in the Bandersnatch movie?

Here is the full cast and characters of "Bandersnatch" movie. Actors and actresses are sorted mostly in credits order.

When is Bandersnatch movie release date?

"Bandersnatch" movie release date was scheduled to be on December 28, 2018 distributing by Netflix.

What are Bandersnatch filming details?

The duration of the film is Variable; 90 minutes for default path.

What are critics and audiences saying about Bandersnatch movie?

"Bandersnatch" movie got high rating from critics. IMDB rating is 7.2/10.

More information and reviews on "Bandersnatch" movie you can get on the following websites.

You can watch Bandersnatch online streaming on Netflix:

Bandersnatch on IMDB is available at:

Bandersnatch on Wikipedia is available at: