Here are "My Spy" movie trailer, plot summary, full cast and characters, release date, streaming services and everything we know so far. 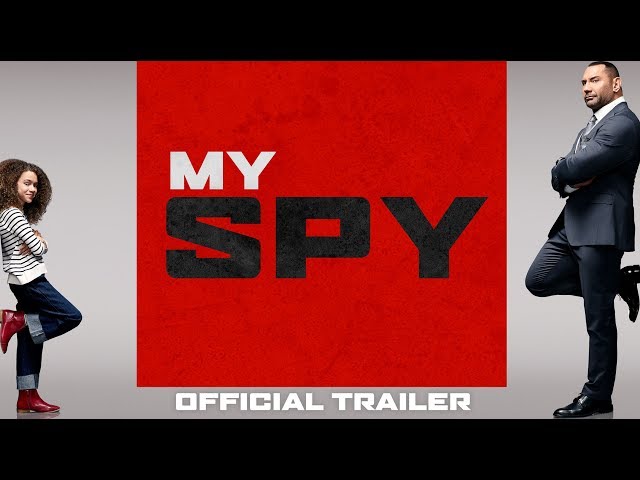 JJ (Dave Bautista) is a former US Special Forces soldier newly hired as a CIA operative. However, JJ's lack of subtlety causes him to blow his first major mission: busting an illegal weapons-grade plutonium trade in Pripyat between the Russian mafia and Hassan (Basel Daoud), a Middle East terrorist. Despite this, his boss David Kim (Ken Jeong) assigns him and tech operator Bobbi (Kristen Schaal), who hero-worships JJ, to keep an eye on the in-law family of Victor Marquez (Greg Bryk), a French illegal arms dealer who has obtained construction plans for a miniaturized nuclear bomb which he intends to sell to Hassan. Victor lost these plans to his brother David, who hid them before he was murdered by Victor; Kim suspects that the plans may be in the possession of David's American wife Kate (Parisa Fitz-Henley) and their 9-year-old daughter Sophie (Chloe Coleman), who moved from France back to Wicker Park, Chicago, after David's demise.
JJ and Bobbi move into the building where Kate and Sophie live, and set up their surveillance. However, Sophie soon finds one of their hidden cameras, backtracks its signal and stumbles upon the operation post. Confronting JJ and Bobbi, she blackmails JJ into keeping her company while she tries to fit into an American kid's life and make some new friends at her school Oaktree Charter School. Despite JJ's social awkwardness, the two slowly begin to bond, and JJ also becomes acquainted with Kate and her neighbors Carlos (Devere Rogers) and Todd (Noah Dalton Danby). Sophie has JJ train her in the basics of the espionage trade, and brings him and her mother closer together.
However, Kim eventually finds out about JJ's personal involvement with his targets and takes him and Bobbi off the mission. JJ reveals his assignment to Kate, who rejects him in disgust. At the same time, Victor discovers and counteracts the CIA's surveillance and coerces his lawyer Koll (Jean-Michel Nadeau) into revealing where David might have hidden the plans. After faking his own death, he travels to Chicago, confronts Kate, JJ, and Sophie and retrieves the plans. Carlos and Todd burst in and intervene, revealing themselves as independent arms dealers who are also after the plans. Bobbi's clumsy attempt to help results in Victor escaping with the plans and Sophie as his hostage.

Who plays who in the My Spy movie cast?