Is there a trailer for Downton Abbey movie?

Focus Features on Tuesday, May 21, 2019 released the trailer for "Downton Abbey" you can watch here:
DOWNTON ABBEY | Official Trailer | In Theaters September 20. 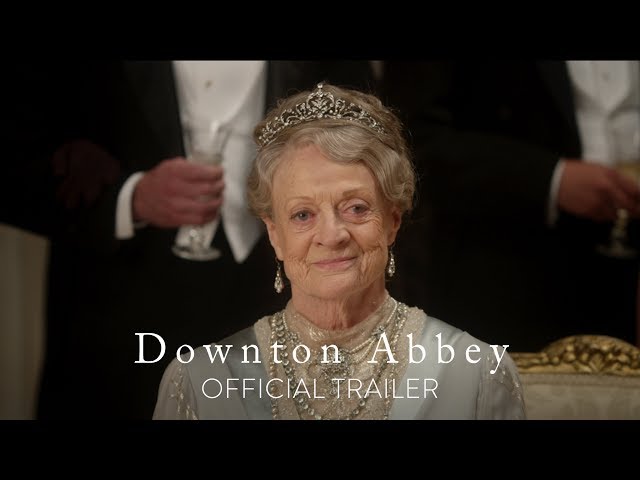 What is Downton Abbey movie plot?

In 1927 (around a year and a half after the final events shown in the TV series), Buckingham Palace sends a letter through the Mail to inform Robert (Hugh Bonneville) and Cora Crawley (Elizabeth McGovern), the Earl and Countess of Grantham, that King George V (Simon Jones) and Queen Mary (Geraldine James) will visit Downton Abbey during a royal tour through Yorkshire. The Yorkshire leg of the tour is to consist of luncheon at Downton, a military parade in Yorkshire, and a formal dinner at Downton before the entourage moves on the next morning to Princess Mary (Kate Phillips) at neighboring Harewood.
A mysterious stranger also arrives on the train that brings the letter to Yorkshire.
Upstairs and Downstairs are universally excited about the prestigious Royal visit, except for Violet Crawley (Maggie Smith), Dowager Countess of Grantham. Violet is perturbed that her cousin Maud, Lady Bagshaw, who is Queen Mary's lady-in-waiting, is included in the tour. Robert is Maud's first cousin once-removed and her nearest relation, and Violet believes strongly that Robert should inherit Maud's valuable Brompton estate, but Maud has other plans.
The first wave of the royal household staff arrives. They include Mr Wilson (David Haig), the Royal Page of the Backstairs; Miss Lawton (Susan Lynch), the Queen's dresser; and Richard Ellis (Max Brown), the King's valet. Wilson and Lawton are dismissive and arrogant toward the Downton servants and run rough-shod over Downton butler Thomas Barrow (Robert James-Collier). By contrast, Ellis is decent, especially toward Barrow. Upstairs, eldest Crawley daughter Lady Mary Talbot (Michelle Dockery), concludes that Barrow is unable to manage a royal visit, so she asks Mr Carson (Jim Carter), Downton's retired butler, to temporarily resume his duties. Barrow, strongly protesting, steps aside.

Who plays who in the Downton Abbey movie cast?

Here is the full cast and characters of "Downton Abbey" movie. Actors and actresses are sorted mostly in credits order.

What are Downton Abbey filming details?

"Downton Abbey" movie is rated "PG", according to the MPAA film rating system.

What are critics and audiences saying about Downton Abbey movie?

"Downton Abbey" movie got high rating from critics. IMDB rating is 7.4/10. Rotten Tomatoes rating is 84/100. Audiences polled by CinemaScore gave the film an average grade of "A" on a scale ranging from A+ to F.

More information and reviews on "Downton Abbey" movie you can get on the following websites.

Downton Abbey on IMDB is available at:

Downton Abbey on Wikipedia is available at: