Here are "Love and Monsters" movie trailer, plot summary, full cast and characters, release date, streaming services and everything we know so far.

Is there a trailer for Love and Monsters movie?

Paramount Pictures on Tuesday, September 15, 2020 released the trailer for "Love and Monsters" you can watch here:
LOVE AND MONSTERS | Official Trailer. 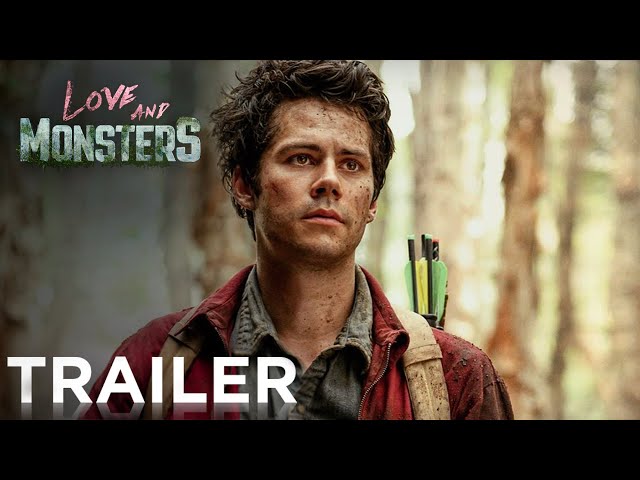 What is Love and Monsters movie plot?

Here is a short review of "Love and Monsters" movie plot summary.

After the destruction of an asteroid headed for Earth, the chemical fallout causes all cold-blooded animals to mutate into large monsters and kill off most of humanity. During the evacuation of Fairfield, Joel Dawson (Dylan O'Brien) is separated from his girlfriend Aimee (Jessica Henwick) but promises to find her, and his parents are killed.
Seven years later, Joel lives in one of many underground bunkers called "colonies", where other survivors, except for him, have romantically paired up with each other while fighting monsters and scavenging for supplies. Joel instead is left behind in the kitchen, as he is notorious for freezing in dangerous situations. When a giant ant breaches his colony, killing one of the survivors, Joel sets off on a quest to reunite with Aimee so that he doesn't end up alone.
Passing through the suburbs, Joel is attacked by a giant toad-monster but is saved by a stray dog named "Boy", who follows Joel on his journey, warning him against poisonous berries and other dangers. Joel falls into a nest of worm-monsters called "Sand-Gobblers", when two survivors, Clyde Dutton (Michael Rooker) and Minnow (Ariana Greenblatt), rescue him. They are heading north to the mountains, where the colder weather and higher elevation means fewer monsters. They teach Joel some basic survival skills, and how not all monsters are hostile, demonstrating how "You can always tell in their eyes". They invite Joel to stay with them, but Joel insists that he must find Aimee. As they part ways, Clyde gifts Joel with a grenade.
As Joel continues west, Boy becomes trapped by a giant centipede-monster. Joel freezes, but eventually shoots and kills the monster with his crossbow, saving Boy. Sheltering in an abandoned motel, they meet a robot named Mav1s. Before her battery dies, Mav1s powers his radio long enough to briefly contact Aimee, where he learns that new survivors have reached her colony, promising to lead them away to safety. The next day Joel and Boy are attacked by a Queen Sand-Gobbler. They hide, but Boy barks, giving away their position. Joel kills the Queen with the grenade but yells at Boy for putting them in danger, causing Boy to run away. After swimming across a river, Joel is covered in poisonous leeches and hallucinates, but is rescued before he collapses.

Who plays who in the Love and Monsters movie?

Here is the full cast and characters of "Love and Monsters" movie. Actors and actresses are sorted mostly in credits order.

When is Love and Monsters movie release date?

What are Love and Monsters filming details?

"Love and Monsters" movie is rated "PG-13", according to the MPAA film rating system.

What are critics and audiences saying about Love and Monsters movie?

"Love and Monsters" movie got high rating from critics. IMDB rating is 7/10. Rotten Tomatoes rating is 92/100.

More information and reviews on "Love and Monsters" movie you can get on the following websites.

Love and Monsters on IMDB is available at:

Love and Monsters on Wikipedia is available at: