Here are "Rogue" movie trailer, plot summary, full cast and characters, release date and everything we know so far.

Is there a trailer for Rogue movie? 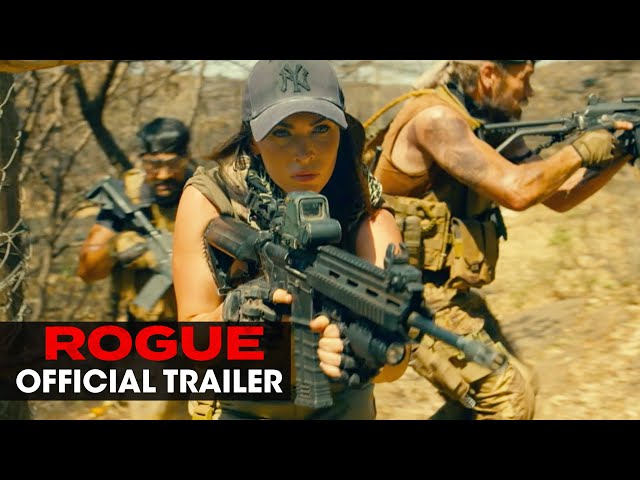 What is Rogue movie plot?

Here is a short review of "Rogue" movie plot summary.

Within the grasslands of Eastern Africa, Samantha O'Hara (Megan Fox) and her team of multinational mercenaries, Joey Kasinski (Philip Winchester), Mike Barasa (Greg Kriek), Bo Yinn (Kenneth Fok), Elijah Dekker (Brandon Auret), Pata (Sisanda Henna), and TJ (Lee-Anne Liebenberg) are dispatched on a rescue mission to retrieve Asila Wilson, the daughter of a governor, and her two friends Chloe (Calli Taylor) and Tessa (Isabel Bassett), who had been abducted for ransom purposes by Zalamm, a crime lord. The mission is successful. While pursued across the plains by Zalamm's henchmen, a violent gunfight ensues atop the cliffs, in which TJ is killed, forcing the survivors to escape by leaping into the river below. Regrouping on the shoreline, Samantha orders for her team to find civilization and call their employers for an extraction; while arguing, Chloe is bitten by a crocodile.
While travelling, the team comes across an abandoned game farm; which Elijah confirms belonged to poachers, who specialized in trafficking wild animals for the exotic pet trade. At nightfall, the group find themselves stalked through the ranch by a lone lioness, who had slaughtered the previous occupants after escaping from her cage; Elijah is the first to be killed. Bo is then mauled by the lioness and is seriously injured. Samantha and Joey manage to find and power the generator to call for the extraction but Barasa is violently mauled by the lioness while helping them avoid it. Pata tells the group that Asila was taken not just for the ransom but because her father was given control of the entire region and also that he is the former Al-Shabaab fighter, much to Tessa's shock. Pata also tells them that the rebels killed his family after he left the militant group.

Who plays who in the Rogue movie?

Here is the full cast and characters of "Rogue" movie. Actors and actresses are sorted mostly in credits order.

When is Rogue movie release date?

"Rogue" movie is rated "R", according to the MPAA film rating system.

What are critics and audiences saying about Rogue movie?

More information and reviews on "Rogue" movie you can get on the following websites.