Is there a trailer for Don't Let Go movie? 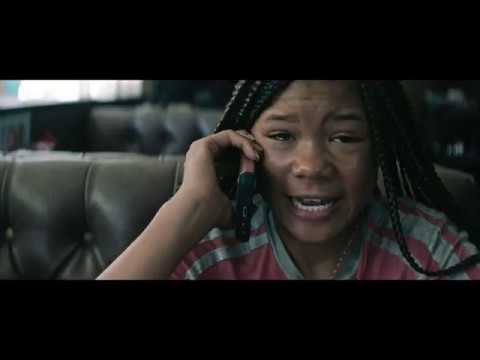 Homicide detective Jack Radcliff (David Oyelowo) receives a call from his niece Ashley (Storm Reid). Her father (and Jack's brother) Garret (Brian Tyree Henry) has forgotten to pick her up. Ashley and Jack eat at a diner, and Jack promises to talk to his brother, a former drug dealer on medication for bipolar disorder, about being responsible. The following night, Jack receives a short, garbled call from a frightened Ashley. He races to Ashley's home and finds Garret, Ashley's mother and Ashley all shot dead. The police rule the case a murder-suicide by Garret. Despite consolation from his partner Bobby (Mykelti Williamson), who has been assigned the case, Jack blames himself; he is convinced that his stern talk with Garret sparked his horrific actions.
Two weeks later, Jack begins receiving calls from Ashley's phone, even though the line has been disconnected. When he answers, Ashley speaks to him as though nothing is wrong. Jack soon realizes that he is somehow communicating through the phone with Ashley from several days before her murder. Ashley herself is oblivious to her fate and does not know she is speaking to Jack in the future. Jack does not tell Ashley the confusing truth, but hopes that with his guidance she can alter events to prevent the murder-suicide. From this point forward, the film cuts between Jack in the present and Ashley in the past.
As Jack in the present investigates leads Ashley uncovers in the past, he becomes convinced that Garret was framed for the crime. Jack finds reference to a "Georgie;" his captain, Howard (Alfred Molina), tells Jack that Georgie is a possibly mythical drug kingpin whom rumors have tied to numerous major drug deals for years. Jack is convinced that the mysterious Georgie is the real murderer.

Who plays who in the Don't Let Go movie cast?

Here is the full cast and characters of "Don't Let Go" movie. Actors and actresses are sorted mostly in credits order.

What are critics and audiences saying about Don't Let Go movie?

More information and reviews on "Don't Let Go" movie you can get on the following websites.

Don't Let Go on IMDB is available at:

Don't Let Go on Wikipedia is available at: