Is there a trailer for Blue Story movie? 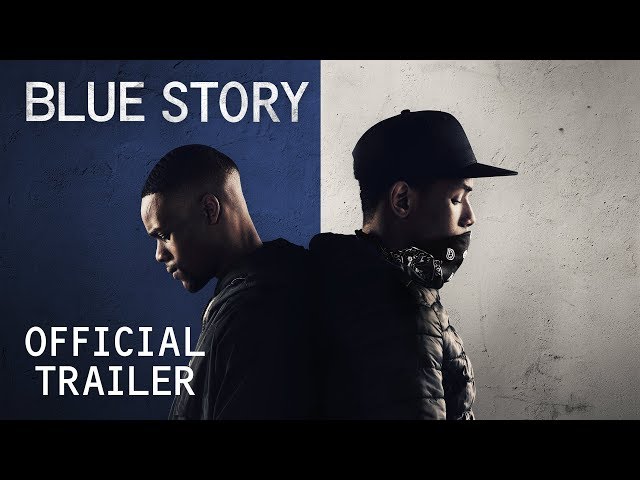 What is Blue Story movie plot?

The film begins by introducing Timmy (Stephen Odubola). Timmy, a boy who is just leaving primary school, lives in Deptford. His mother tells him he is going to go to secondary school in Peckham; largely because it is a good school, but also because she's scared of the influence of Timmy's best friend from primary school, Killy (Khali Best), who is a troublemaker. At the school in Peckham; Timmy makes three friends; Hakeem (Kadeem Ramsay), Dwayne (Rohan Nedd) and Marco (Micheal Ward).
Five years later, Timmy is in love with a girl called Leah (Karla-Simone Spence). Timmy, his friends and Leah are all invited to a party. He is reluctant to go at first, but when he finds out that Leah is going, he decides to go.
Meanwhile, in Deptford, the Ghetto Boys (which include Gallis and Madder) are attacked on home ground by the Peckham Boys, forcing the Ghetto Boys to retreat.
While Timmy and his friends are shopping, he spots Leah and her friend and he and Hakeem chase after her. The four are then confronted by two Peckham Boys, one of which being Skitzer (Sean Sagar). Finding out that Timmy is from Deptford, they accuse him of being a Ghetto Boy. They pull a knife on Timmy, but Marco intervenes. Skitzer and his accomplice back down and apologise, noticing that Marco is the younger brother of the Peckham Boys' leader, Switcher (Eric Kofi-Abrefa). Later on, whilst shopping, Timmy and Marco bump into Killy. They reconcile, but Killy notices that he recognises Marco from somewhere, which results in a heated situation which is quickly resolved. Meanwhile, back in Deptford, the Peckham Boys have posted a video online showing the Ghetto Boys retreating on their own ground, which humiliates Madder (Junior Afolabi Salokun) and Gallis. Despite reluctance from some members of the gang, Gallis and Madder prepare to launch an attack on the Peckham Boys in Peckham.

Who plays who in the Blue Story movie cast?

Here is the full cast and characters of "Blue Story" movie. Actors and actresses are sorted mostly in credits order.

"Blue Story" movie release date was scheduled to be on November 22, 2019 (United Kingdom) and on June 25, 2020 (Germany) distributing by Paramount Pictures and Universal Pictures International (UPI).

What are Blue Story filming details?

"Blue Story" movie is rated "R", according to the MPAA film rating system.

What are critics and audiences saying about Blue Story movie?

More information and reviews on "Blue Story" movie you can get on the following websites.

Blue Story on IMDB is available at:

Blue Story on Wikipedia is available at: