Here are "The Song of Names" movie trailer, plot summary, full cast and characters, release date, streaming services and everything we know so far.

Is there a trailer for The Song of Names movie? 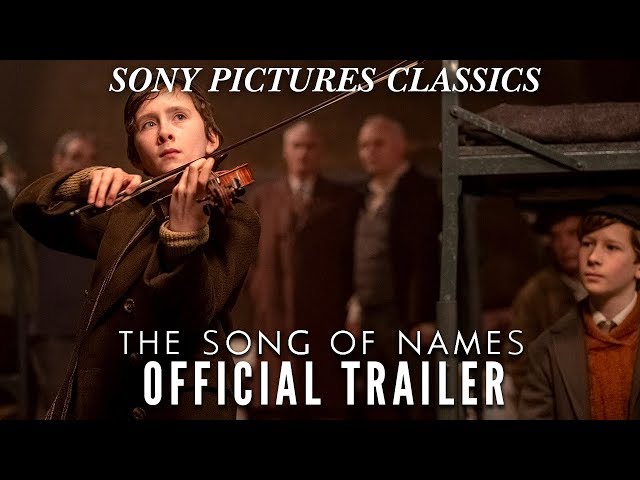 What is The Song of Names movie plot?

Here is a short review of "The Song of Names" movie plot summary.

Dovidl Rappaport, a 9-year-old from Poland who lost his parents and siblings in World War II, is also a prodigy at the violin. The Simmonds family adopt him and he is taken to England. Their son Martin starts bonding with his new adoptive brother as he likes Dovidl (anglicized to David) playing the violin.
David continues practicing the violin while still remembering his biological family. Years pass, and David and Martin are now 21 years old. There is just one day left for a concert featuring David, when he mysteriously disappears with his violin.
It is revealed that David had fallen asleep on a bus and visits a Polish Jewish community in Stoke Newington, asking them about whether his family is still alive. He is then taken to a synagogue, where a list of people with the surname Rapaport who died during the WW2 is announced (in the form of a song, to make it easier to remember). After finding out that none of his family has survived, David breaks down.
Years later, in about the 1990s, Martin is now 56 years old and is married. He learns about a violinist, who he notices plays in the same pattern as his brother David, who had disappeared about 35 years ago. Martin then sets off to Poland to find his brother.
After meeting David's former love, who says that David left on a plane but told her where he was going, Martin arrives in New York, where he finds David, married with children. Martin is furious with David and tries to persuade him to perform at a concert. David at first refuses, but then accepts on two conditions (not revealed in the scene).

Who plays who in the The Song of Names movie cast?

Here is the full cast and characters of "The Song of Names" movie. Actors and actresses are sorted mostly in credits order.

When is The Song of Names movie release date?

"The Song of Names" movie is rated "PG-13", according to the MPAA film rating system.

What are critics and audiences saying about The Song of Names movie?

More information and reviews on "The Song of Names" movie you can get on the following websites.