Is there a trailer for Overlord movie? 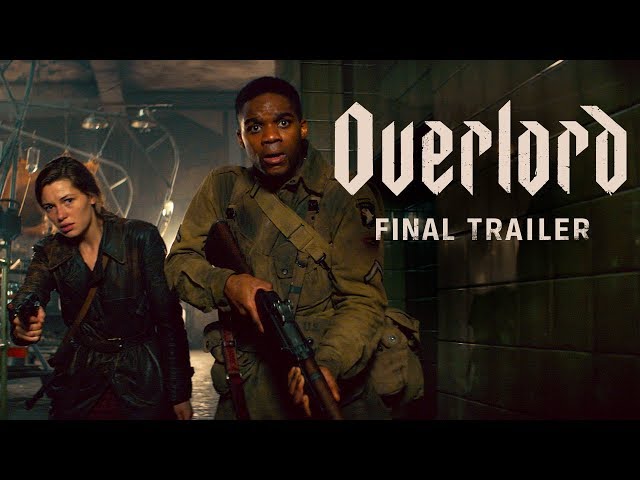 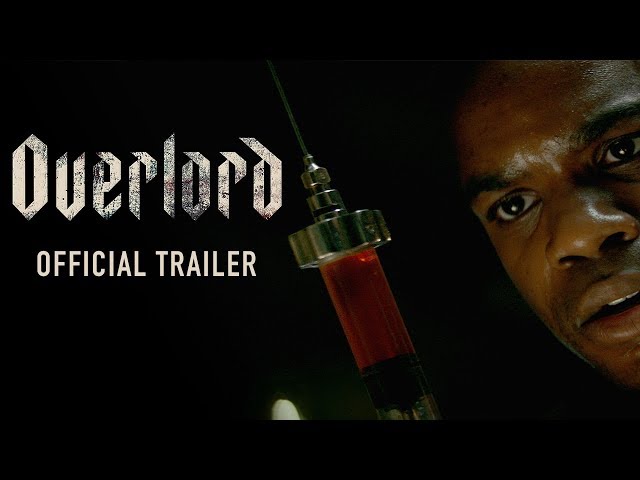 What is Overlord movie plot?

Here is a short review of "Overlord" movie plot summary.

On the eve of D-Day, a paratrooper squad, most of them in a integrated unit, is sent to destroy a German radio-jamming tower in an old church. Their plane is shot down and crashes, and most of the squad, including squad leader Sgt. Rensin, are killed either in the crash or by Nazi soldiers and landmines. Four survivors remain: second in command Corporal (Wyatt Russell) Ford, Pfc. Boyce, Pfc. Tibbet, and Pvt. Chase.
The team continues onward and meets Chloe (Mathilde Ollivier), a young woman from the village where the church is located. She lets them take refuge in her house. Chloe lives with her 8-year-old brother Paul and her aunt, who has been disfigured by Nazi experiments taking place in the church. After Tibbet and Chase depart to check the scheduled rendezvous site, a Nazi patrol led by SS Hauptsturmführer Wafner visits Chloe. Wafner sends his men away, and proceeds to coerce Chloe for sex, threatening to send her brother to the church to be "fixed". Boyce cannot ignore this and interrupts the Nazi officer. Ford is forced to follow suit and restrains Wafner.
Attempting to reach the rendezvous point to look for Tibbet and Chase, Boyce witnesses the Nazis burning disfigured village residents. He is chased by a dog and forced to hide in a truck carrying dead bodies into the church. Sneaking out of the truck, Boyce discovers an underground base that houses not only a radio operating room, but also a laboratory where the Germans perform various experiments on the villagers involving a mysterious serum and a large pit filled with black tar. Boyce takes a syringe containing the serum and rescues Rosenfeld, another member of the paratrooper squad, who was captured alive. They escape through the base's sewers.

Who plays who in the Overlord movie cast?

Here is the full cast and characters of "Overlord" movie. Actors and actresses are sorted mostly in credits order.

When is Overlord movie release date?

What are Overlord filming details?

"Overlord" movie is rated "R", according to the MPAA film rating system.

What are critics and audiences saying about Overlord movie?

"Overlord" movie got high rating from critics. IMDB rating is 6.6/10. Rotten Tomatoes rating is 81/100. The audience also likes the film. Audiences polled by CinemaScore gave the film an average grade of "B" on a scale ranging from A+ to F.

More information and reviews on "Overlord" movie you can get on the following websites.

Overlord on IMDB is available at:

Overlord on Wikipedia is available at: