Here are "The Princess Switch" movie trailer, plot summary, full cast and characters, release date and everything we know so far.

Is there a trailer for The Princess Switch movie? 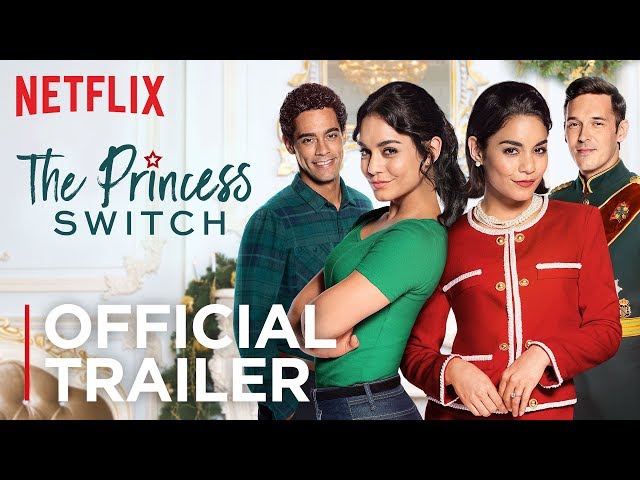 What is The Princess Switch movie plot?

Here is a short review of "The Princess Switch" movie plot summary.

Stacy DeNovo (Dewi Sarginson) is a talented young baker who runs a successful pastry shop in Chicago with her lifelong friend Kevin (Nick Sagar). Kevin has a daughter named Olivia (Alexa Adeosun), a precocious young girl who enjoys ballet dancing and looks up to Stacy as a big sister. Stacy has recently broken up with her boyfriend Paul (Ashley Emerson). A week before Christmas, Stacy discovers that Kevin has entered their business in a prestigious baking competition in the Kingdom of Belgravia. Their submission was accepted, but Stacy is reluctant to attend since Christmas is an uncomfortable reminder of her relationship with Paul. Later, Stacy runs into Paul with his new girlfriend. A kindly man on the street reminds her that Christmas wishes can come true. Stacy agrees to compete and leaves for Belgravia, along with Kevin and Olivia.
Upon arriving in Belgravia, the trio goes sightseeing and encounters a Christmas stocking seller who looks very similar to the kindly man Stacy met back in Chicago. The seller advises her to live life more spontaneously. After settling in at their cottage, Stacy and Kevin go to the television studio where the competition will be held. There, Stacy encounters her former culinary classmate and rival Brianna, the competition's defending champion. Brianna "accidentally" spills coffee on Stacy's apron, and Stacy leaves to get a new one. This situation allows Stacy to run into Lady Margaret Delacourt (Vanessa Hudgens), Duchess of Montenaro and fiancée of Crown Prince (Sam Palladio) Edward of Belgravia, and the two are struck by their identical looks. Desperate for time out of the spotlight, Margaret suggests that they switch places for two days, then switch back in time for Stacy's competition and Margaret and Edward's wedding. Initially reluctant, Stacy agrees, especially when Lady Margaret offers to sponsor Olivia as a student in Belgravia's acclaimed summer ballet program.

Who plays who in the The Princess Switch movie?

Here is the full cast and characters of "The Princess Switch" movie. Actors and actresses are sorted mostly in credits order.

When is The Princess Switch movie release date?

"The Princess Switch" movie release date was scheduled to be on November 16, 2018 distributing by Netflix.

What are The Princess Switch filming details?

What are critics and audiences saying about The Princess Switch movie?

"The Princess Switch" movie got high rating from critics. IMDB rating is 6/10. Rotten Tomatoes rating is 75/100. The audience also kinda likes the film.

More information and reviews on "The Princess Switch" movie you can get on the following websites.

The Princess Switch on IMDB is available at:

The Princess Switch on Wikipedia is available at: