Here are "The Meg" movie trailer, plot summary, full cast and characters, release date and everything we know so far.

Is there a trailer for The Meg movie?

Warner Bros. Pictures on Monday, April 09, 2018 released the trailer for "The Meg" you can watch here:
THE MEG - Official Trailer #1 . 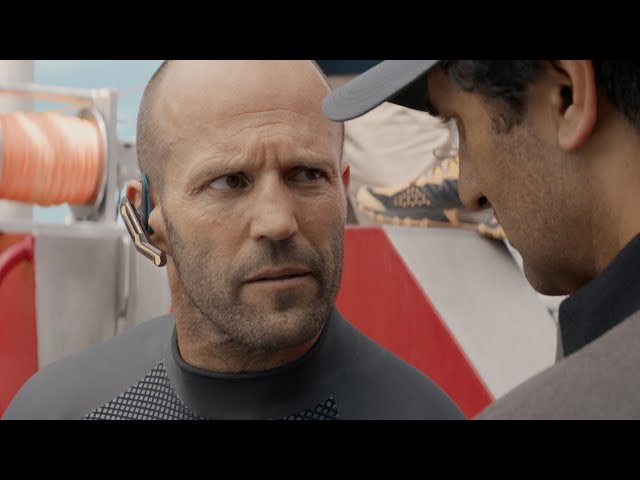 What is The Meg movie plot?

Here is a short review of "The Meg" movie plot summary.

Rescue diver Jonas Taylor (Jason Statham) attempts to save the crew of a damaged nuclear submarine when he sees the hull being rammed by an unidentified creature. Two of his crew are trapped in the damaged sub, but Taylor is forced to flee, realizing that attempting rescue would result in the deaths of everyone he has already saved. His account of the story is dismissed by fellow survivor Dr. Heller (Robert Taylor), who believes that Taylor turned drunk and coward due to induced pressure psychosis.
Five years later, billionaire Jack Morris (Rainn Wilson) meets Dr. Minway Zhang (Winston Chao) at an underwater research facility the former financed called Mana One. Zhang and his oceanographer daughter Suyin (Bingbing Li) supervise a mission to explore what could be the deepest section of the Mariana Trench, concealed by a thermocline of hydrogen sulfide. The mission submersible is piloted by Lori, Taylor's ex-wife, accompanied by scientists Toshi (Masi Oka) and "The Wall". They discover an abundance of never-before seen flora and fauna below the thermocline, but an attack by a large, unidentified creature causes the submersible to lose contact with Mana One.
An old friend of Taylor's, Mana One operations manager James "Mac" Mackreides (Cliff Curtis), suggests sending Taylor down to attempt a rescue. Despite the objections of Heller, now a member of the Mana One crew, who said that Jonas Taylor has let their friends to die in the damaged submarine, Zhang and Mac venture to Thailand to recruit Taylor. He is initially skeptical, but relents after listening to a taped recording containing dialogue between Lori, her crew, and Mana One. Suyin attempts the rescue in their absence, but is attacked by a giant squid. Before the squid can crush her submersible, it is killed by a gigantic shark. Taylor, having agreed to help, breaches the thermocline and reaches the sunken submersible. When the shark returns before the evacuation is complete, Toshi sacrifices himself to help the others escape because the giant shark was coming back and it could have broken the submarine.

Who plays who in the The Meg movie?

Here is the full cast and characters of "The Meg" movie. Actors and actresses are sorted mostly in credits order.

When is The Meg movie release date?

What are The Meg filming details?

"The Meg" movie is rated "PG-13", according to the MPAA film rating system.

What are critics and audiences saying about The Meg movie?

"The Meg" movie got average rating from critics. IMDB rating is 5.6/10. Rotten Tomatoes rating is 45/100. But the audience kinda likes the film. Audiences polled by CinemaScore gave the film an average grade of "B+" on a scale ranging from A+ to F.

More information and reviews on "The Meg" movie you can get on the following websites.

The Meg on IMDB is available at:

The Meg on Wikipedia is available at: