Is there a trailer for Pure Country: Pure Heart movie? 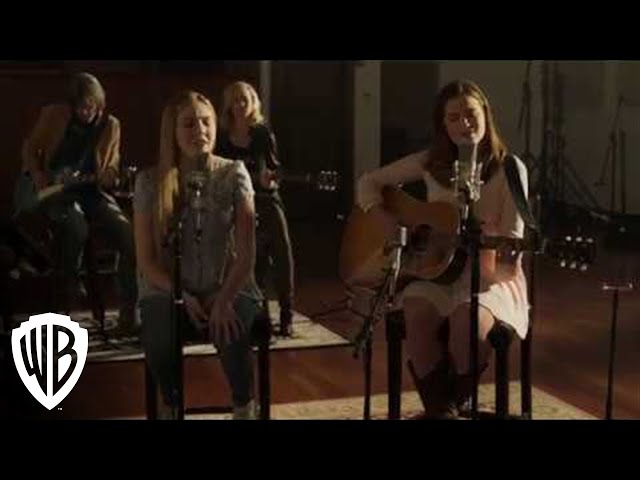 Ada Spencer (Kaitlyn Bausch) and her younger sister, Piper (Cozi Zuehlsdorff), are high schoolers living in a rural Tennessee farmhouse with their widowed mother Elizabeth (Amanda Detmer) and their grandmother, Meemaw (Myra Turley). When a water pipe bursts, the girls find a Silver Star and other information about their father, whom their mother never talks about. Over the next few days, the girls repeatedly lie and say they are going to the farm of Ada's friend, Justine (Dara Sisterhen), but actually catch rides with Justine to go learn more about their father.
At the nearby State Veteran's Home, they meet Iraq War veteran Henry Monroe (Lawrence Turner), who tells them about serving in the Marines with their father in 2004, when their father saved his live by jumping on a grenade. They also meet C.J. Simms, a Korean War veteran and musician who is impressed by their singing voices.
They learn that their father had been a country music singer, so they travel to Nashville to learn more about him. They meet Declan, who soon strikes up a relationship with Ada. Declan helps them meet Marq Dunn (Laura Bell Bundy), the lady with whom their father had written and recorded his music. After hearing them sing, Marq invites them back to Nashville to record a song.
The sisters get in trouble when Elizabeth finally learns that they have been lying about their whereabouts. They respond that their mother is a liar for never telling them the truth about their father's music and military careers. Eventually Meemaw reveals that their father had stopped his music, of his own accord, when he met Elizabeth and wanted to start a family.

Who plays who in the Pure Country: Pure Heart movie?

Here is the full cast and characters of "Pure Country: Pure Heart" movie. Actors and actresses are sorted mostly in credits order.

What are critics and audiences saying about Pure Country: Pure Heart movie?

More information and reviews on "Pure Country: Pure Heart" movie you can get on the following websites.

Pure Country: Pure Heart on IMDB is available at:

Pure Country: Pure Heart on Wikipedia is available at: