Here are "Ibiza" movie trailer, plot summary, full cast and characters, release date and everything we know so far.

Is there a trailer for Ibiza movie?

Netflix on Tuesday, May 01, 2018 released the trailer for "Ibiza" you can watch here:
Ibiza l Official Trailer l Netflix. 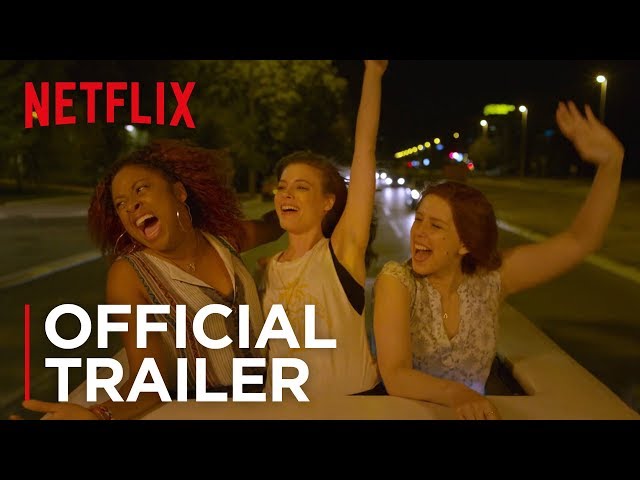 What is Ibiza movie plot?

Here is a short review of "Ibiza" movie plot summary.

Harper (Gillian Jacobs) is weary of life in New York City and tired of her job working for a PR firm. It does not help that her disgruntled boss Sarah (Michaela Watkins) is constantly reciting nasty one-liners at her while failing to recognize her hard work. However, in a surprise move, Sarah informs Harper that she has to fly to Barcelona for the weekend in order to secure a new client, a major opportunity for her to finally show her worth.
When Harper informs her friends Nikki (Vanessa Bayer) and Leah (Phoebe Robinson), the two decided that they are coming along, whether she likes it or not. While at a nightclub in Barcelona, Harper meets an attractive DJ, who turns out to be the superstar Leo West (Richard Madden), with whom she has instant chemistry. Before they get a chance to spend any time together, Leo has to travel to Ibiza for his latest gig. Harper receives a call from her boss that the time of her meeting with client has changed. Harper's despair over this prompts her decision to fly to Ibiza to meet Leo.
Despite her work responsibilities, Harper decides to follow Leo, friends in tow, to secure the man of her dreams. Harper and her friends arrive in Ibiza, and after many shenanigans, she reunites with Leo. Her friends remind her of her meeting. Harper and Leo then spend a romantic night together before her return home. The next day, Harper is late for her meeting. She and Leo separate after a rushed trip to the airport. Meanwhile, Nikki and Leah plan to impersonate Harper to help her out. Despite securing the deal, Harper's boss eventually discovers that she failed to uphold her responsibilities. Harper is then fired and decides to start her PR firm with advice and assistance from a client Harper liaised with.

Who plays who in the Ibiza movie?

Here is the full cast and characters of "Ibiza" movie. Actors and actresses are sorted mostly in credits order.

When is Ibiza movie release date?

"Ibiza" movie release date was scheduled to be on May 25, 2018 distributing by Netflix.

What are Ibiza filming details?

What are critics and audiences saying about Ibiza movie?

"Ibiza" movie got average rating from critics. IMDB rating is 5.2/10. Rotten Tomatoes rating is 67/100. The audience dislikes the film either.

More information and reviews on "Ibiza" movie you can get on the following websites.

Ibiza on IMDB is available at:

Ibiza on Wikipedia is available at: