Is there a trailer for Christmas Inheritance movie? 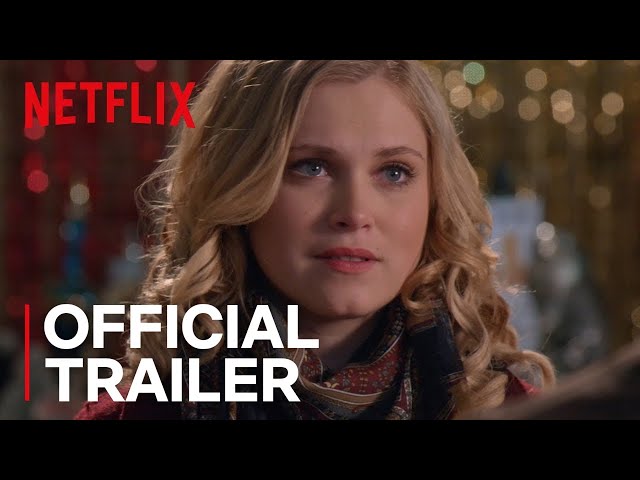 What is Christmas Inheritance movie plot?

Manhattan business executive Jim Langford (Neil Crone) is ready to retire but is concerned that his daughter Ellen (Eliza Taylor) is too spoiled, immature and thus, not ready to inherit his position as CEO. Jim and his former business partner Zeke have a Christmas tradition of exchanging letters in-person in Snow Falls, their New England hometown where they started their business. As a test, Ellen is sent to Snow Falls in her father's stead to hand deliver a new letter to "Uncle Zeke." Hoping she can learn something from the small town lifestyle of Snow Falls and wanting her to rely on herself rather than the family wealth and influential name, Jim takes Ellen's credit cards, gives her $100 in cash, and tells her to travel incognito.
In Snow Falls, Ellen befriends Jake (Jake Lacy), manager of the Snow Falls Guest House inn. Learning Zeke has just left for his cabin, Ellen books a room at the inn to wait for him. She dines with Jake at a local diner managed by his Aunt Debbie (Andie MacDowell). With no word from Zeke the next day, Ellen's fiancé Gray (Michael Xavier) says she should leave the letter and come home. Ellen refuses, wanting to fulfill her father's request. Not having money to stay another night, she works as a housekeeper for Jake. When she fails, Jake asks what her job is and she lies that she is a baker. Ellen is then sent to work in the diner's kitchen with Debbie, who recognizes her as Langford's daughter. After Ellen explains her reasons for traveling incognito, Debbie promises to keep her secret and teaches her how to bake.
A snowstorm causes road closures and parts of Snow Falls to lose power. Jake offers shelter for many at the inn. Influenced by Jake, Ellen offers shelter to Baxter (John Tench), a homeless man she dismissed earlier, then offers her bed to a woman with two children. While helping clean the inn, Ellen discovers Jake is an artist. Jake explains he lived in New York and was engaged to a stockbroker who then left him for a client, after which he returned to Snow Falls. "Silent Night" was playing when she broke up with him, and Jake is still triggered by the song. Ellen explains she became shallow and self-focused as a teenager following the death of her mother, deciding things didn't matter beyond enjoyment. She remarks Jake is teaching her other things are important. They nearly kiss but Ellen stops. Jake later apologizes, saying it has been a long time since he met someone like Ellen whom he felt he could trust.

Who plays who in the Christmas Inheritance movie cast?

Here is the full cast and characters of "Christmas Inheritance" movie. Actors and actresses are sorted mostly in credits order.

What are Christmas Inheritance filming details?

What are critics and audiences saying about Christmas Inheritance movie?

"Christmas Inheritance" movie got average rating from critics. IMDB rating is 5.7/10. Rotten Tomatoes rating is 43/100. The audience dislikes the film either.

More information and reviews on "Christmas Inheritance" movie you can get on the following websites.

Christmas Inheritance on IMDB is available at:

Christmas Inheritance on Wikipedia is available at: