Here are "The Angel" movie trailer, plot summary, full cast and characters, release date, streaming services and everything we know so far.

Is there a trailer for The Angel movie?

Netflix on Wednesday, August 15, 2018 released the trailer for "The Angel" you can watch here:
The Angel | Official Trailer | Netflix. 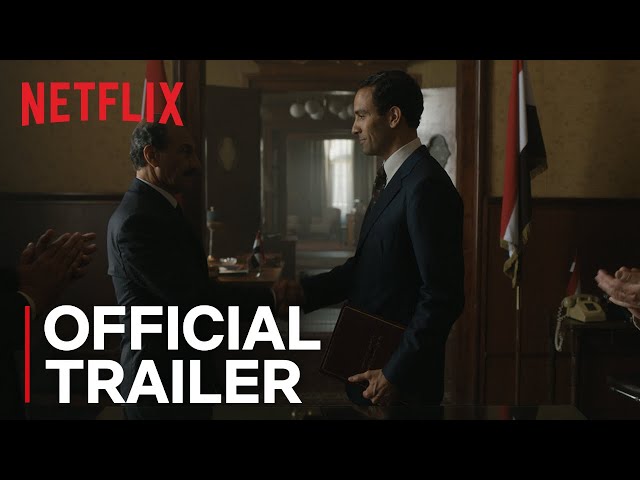 What is The Angel movie plot?

Here is a short review of "The Angel" movie plot summary.

During the Six-Day War in 1967, Israel conquers and occupies large areas of land including the Sinai Peninsula which then (and now) belonged to Egypt.
On September 3, 1973, Ashraf Marwan (Marwan Kenzari) meets Arab terrorists outside Rome International Airport, with a missile launcher that he smuggled into Italy in his suitcase. He tells the terrorists that he must leave immediately, as he is an Egyptian diplomat who cannot be discovered at the place of the attack, while the insurgents aim the launcher at a commercial airliner that is heading to Israel.
Three years earlier, in 1970, Ashraf lives and studies in London with his wife, Mona (Maisa Abd Elhadi), the daughter of Egyptian President Gamal Abdel Nasser (Waleed Zuaiter), and their son. Ashraf disagrees with Nasser on how to proceed in the Israeli conflict and suggests that Nasser prevent further bloodshed and try a diplomatic solution with Israel, with the US as a peace-broker. However, Nasser and his men fear this will lose them the support of the USSR. Realising the USSR is on its last legs, Ashraf insists Egypt cuts its ties with the Soviets. Nasser rebukes Ashraf, and afterwards urges Mona to divorce her husband, which Ashraf overhears.
Angry and embarrassed, Ashraf is further humiliated when he finds out that Nasser, on whom they are financially dependent, is having him followed when he goes out with friends, causing Mona to worry that Ashraf is having an affair with actress Diana Ellis (Hannah Ware). Frustrated, Ashraf decides to call the Israeli Ambassador (Karl Farrer) to the United Kingdom, Michael Comay, to share important information. When the embassy refuses to connect him to Comay, Ashraf hangs up.

Who plays who in the The Angel movie cast?

Here is the full cast and characters of "The Angel" movie. Actors and actresses are sorted mostly in credits order.

When is The Angel movie release date?

"The Angel" movie release date was scheduled to be on September 14, 2018 distributing by Netflix and 20th Century Studios.

What are The Angel filming details?

What are critics and audiences saying about The Angel movie?

"The Angel" movie got high rating from critics. IMDB rating is 6.7/10. Rotten Tomatoes rating is 73/100. The audience also likes the film.

More information and reviews on "The Angel" movie you can get on the following websites.

The Angel on IMDB is available at:

The Angel on Wikipedia is available at: