Is there a trailer for Mission: Impossible - Fallout movie? 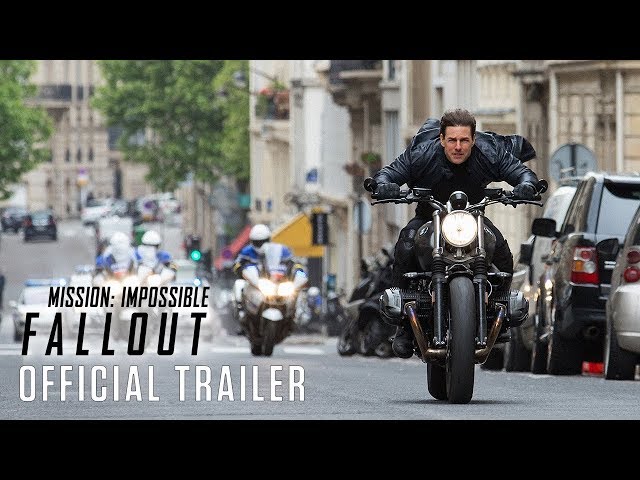 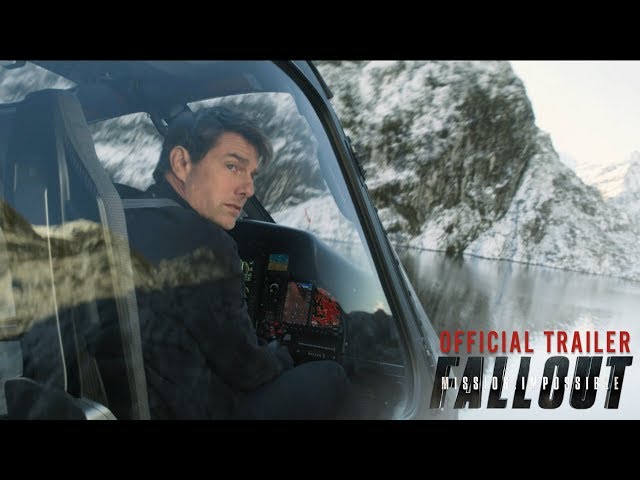 Two years after anarchist Solomon Lane's capture, the remnants of his organization of rogue covert operatives, the Syndicate, continue to wreak havoc around the globe and have reorganized as a terrorist group known as the Apostles. They are associated with a mysterious extremist known as John Lark, who has written a manifesto calling for the destruction of the current world order.
At a safe house in Belfast, IMF agent Ethan Hunt (Tom Cruise) is assigned to buy three stolen plutonium cores in Berlin from Eastern European black-market arms dealers, before the Apostles can. He is joined by Benji Dunn (Simon Pegg) and Luther Stickell (Ving Rhames) for the mission, but the team fails when Stickell is captured. Hunt's attempt to save Stickell allows agents of the arms dealer Alanna Mitsopolis (Vanessa Kirby) to seize the plutonium. The IMF team later captures nuclear weapons expert Nils Delbruuk (Kristoffer Joner), whose security clearance was revoked for his involvement in designing nukes for the Apostles. Delbruuk explains the Apostles' creed that "there has never been great peace without first a great suffering. The greater the suffering, the greater the peace." Using a fake broadcast of Dunn posing as CNN's Wolf Blitzer, they trick Delbruuk into unlocking a phone that he used to communicate with Lark.
Furious at the IMF's failure to secure the plutonium, CIA Director Erika Sloane (Angela Bassett) instructs Special Activities Division operative August Walker (Henry Cavill) to shadow Hunt as he attempts to retrieve it. Hunt and Walker infiltrate a nightclub party in Paris where Lark is believed to be buying the cores from Mitsopolis, acting as the middleman in the plutonium sale. They track a man they suspect to be Lark, but after fighting him in a restroom, the man is killed by MI6 agent Ilsa Faust (Rebecca Ferguson). Hunt assumes the role of Lark without a disguise and escapes from assassins sent to kill both Lark and Mitsopolis.

Who plays who in the Mission: Impossible - Fallout movie cast?

Here is the full cast and characters of "Mission: Impossible - Fallout" movie. Actors and actresses are sorted mostly in credits order.

What are critics and audiences saying about Mission: Impossible - Fallout movie?

"Mission: Impossible - Fallout" movie got high rating from critics. IMDB rating is 7.7/10. Rotten Tomatoes rating is 97/100. The audience also loves the film. Audiences polled by CinemaScore gave the film an average grade of "A" on a scale ranging from A+ to F.

More information and reviews on "Mission: Impossible - Fallout" movie you can get on the following websites.

Mission: Impossible - Fallout on IMDB is available at:

Mission: Impossible - Fallout on Wikipedia is available at: