Here are "The Post" movie trailer, plot summary, full cast and characters, release date, streaming services and everything we know so far.

20th Century Studios on Tuesday, November 07, 2017 released the trailer for "The Post" you can watch here:
The Post | Official Trailer | 20th Century FOX. 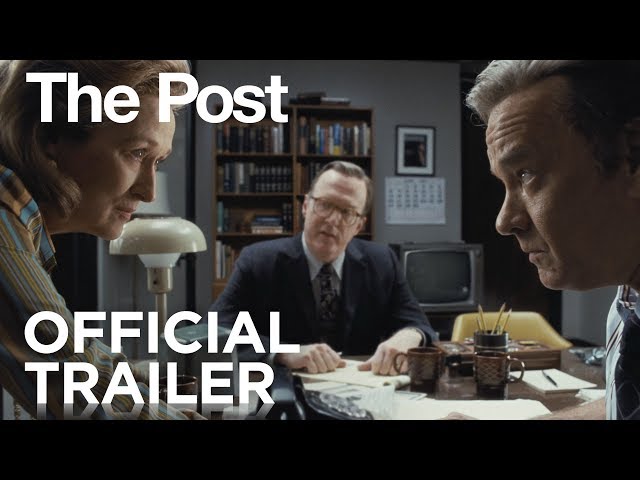 Here is a short review of "The Post" movie plot summary.

In 1966, during the Vietnam War, U.S. State Department military analyst Daniel Ellsberg (Matthew Rhys) accompanies American troops in combat, documenting military progress for Secretary of Defense Robert McNamara (Bruce Greenwood). On the flight home, McNamara tells Ellsberg and William B. Macomber the war is hopeless. To the congregated media however, he says he believes in the war effort. Overhearing this abrupt turn-about, Ellsberg becomes disillusioned. Years later, as a civilian military contractor/consultant working for the RAND Corporation (a military/defense "think tank"), Ellsberg copies thousands of pages of classified reports documenting the country's decades-long involvement in Vietnam, starting in the Truman administration. He then leaks them to The New York Times, via reporter Neil Sheehan (Justin Swain).
In 1971, Katharine Graham (Streep) has been owner and publisher of The Washington Post for the past eight years, following the suicide of its former publisher, her husband Phil Graham, and the death of her father, Eugene Meyer, the previous owner. She nervously prepares the Post's stock market launch, to financially stabilize the paper. Graham lacks journalistic experience and is frequently overruled by her male, domineering financial advisers and editors, including editor-in-chief (executive editor) Ben Bradlee (Tom Hanks) and board member Arthur Parsons (Bradley Whitford).
McNamara, a long-time friend of hers, advises Graham that an unflattering story featuring him will be published in The New York Times, another example of the TimesB ability to get preemptive scoops while the Post languishes behind. The story is an exposé of the American government's long-running deception about America's position in Vietnam and Southeast Asia. However, a federal district court injunction halts the TimesI from publishing further articles on the subject.

Who plays who in the The Post movie cast?

Here is the full cast and characters of "The Post" movie. Actors and actresses are sorted mostly in credits order.

"The Post" movie is rated "PG-13", according to the MPAA film rating system.

What are critics and audiences saying about The Post movie?

"The Post" movie got high rating from critics. IMDB rating is 7.2/10. Rotten Tomatoes rating is 88/100. The audience also likes the film. Audiences polled by CinemaScore gave the film an average grade of "A" on a scale ranging from A+ to F.

More information and reviews on "The Post" movie you can get on the following websites.