Is there a trailer for Red Sparrow movie? 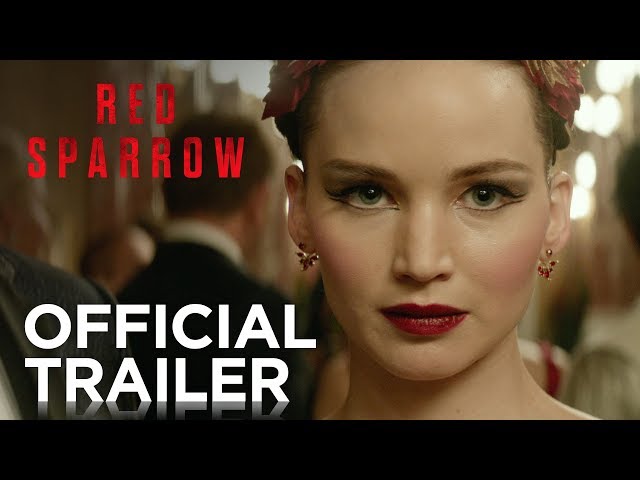 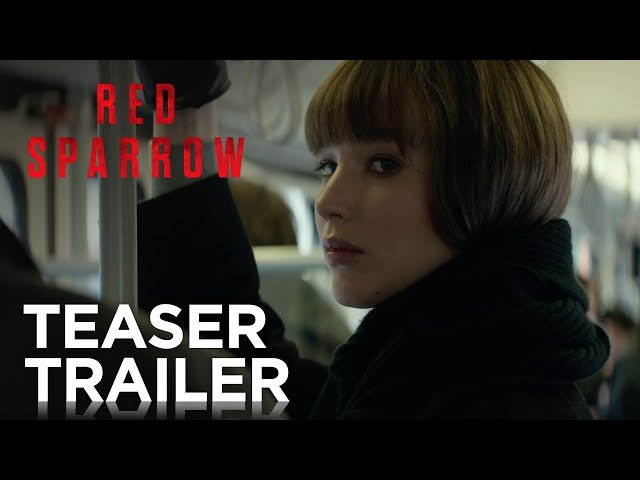 What is Red Sparrow movie plot?

In modern-day Russia, Dominika Egorova (Jennifer Lawrence) is a famous ballerina who supports her ill mother. Following a career-ending injury, Dominika is approached by her uncle Ivan (Matthias Schoenaerts), the Deputy Director of SVR. She is tasked with seducing Dimitry Ustinov, a Russian gangster, in exchange for her mother's continued medical care. Meeting at a bar, the two go to Ustinov's private room, where he rapes her. During this act, he is killed by Sergei Matorin (Sebastian Hülk), an SVR operative authorized by Ivan. Ivan offers Dominika a choice: become an SVR operative, or be executed for witnessing Ustinov's assassination.
Nate Nash (Joel Edgerton) is a CIA operative working in Moscow. While meeting with an asset in Gorky Park, they are confronted by the police. Nash creates a diversion to ensure his asset, a mole in Russian ranks code-named Marble, escapes unidentified. Nash is reassigned back to the U.S. but insists he is the only person with whom Marble will work. Since he cannot return to Russia, he is assigned to Budapest to reestablish contact with Marble, which the SVR also deduce.
Dominika is sent to State School 4, a brutal specialist training school for "Sparrows" - SVR operatives capable of seducing their targets with sexpionage. Dominika excels in her training, despite some friction with her trainer, known only as the Matron (Charlotte Rampling). Against the Matron's recommendation, Ivan and General Korchnoi decide that Dominika is ready for an assignment in Budapest - to gain Nash's trust and expose Marble's identity.
In Budapest, Dominika lives with another sparrow named Marta Yelenova (Thekla Reuten), and is supervised by SVR station chief Maxim Volontov (Douglas Hodge). Dominika makes contact with Nash, who quickly determines she is a Russian intelligence operative and attempts to convince her to defect.

Who plays who in the Red Sparrow movie?

Here is the full cast and characters of "Red Sparrow" movie. Actors and actresses are sorted mostly in credits order.

What are Red Sparrow filming details?

"Red Sparrow" movie is rated "R", according to the MPAA film rating system.

What are critics and audiences saying about Red Sparrow movie?

"Red Sparrow" movie got average rating from critics. IMDB rating is 6.6/10. Rotten Tomatoes rating is 45/100. But the audience kinda likes the film. Audiences polled by CinemaScore gave the film an average grade of "B" on a scale ranging from A+ to F.

More information and reviews on "Red Sparrow" movie you can get on the following websites.

Red Sparrow on IMDB is available at:

Red Sparrow on Wikipedia is available at: