Here are "The Conjuring 2" movie trailer, plot summary, full cast and characters, release date and everything we know so far.

Is there a trailer for The Conjuring 2 movie? 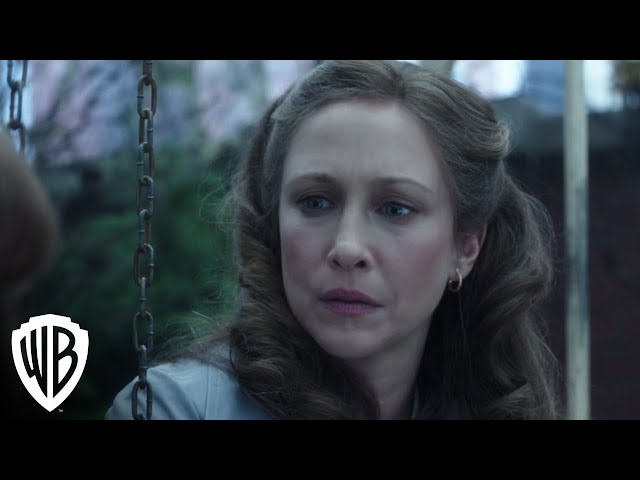 What is The Conjuring 2 movie plot?

Here is a short review of "The Conjuring 2" movie plot summary.

In 1976, paranormal investigators Ed (Patrick Wilson) and Lorraine Warren (Vera Farmiga) investigate the Amityville murders at the Amityville house, to determine if a demonic presence was truly responsible for Ronald DeFeo Jr. killing his entire family on November 13, 1974, and the subsequent haunting incident involving the Lutz family. During a seance, Lorraine is drawn into a vision where she relives the murders. The spirit of one of the killed children lures her to the basement, where she encounters a demonic nun figure and witnesses Ed being impaled, frightening her.
In 1977, the Hodgson family begins to experience strange occurrences in their home in the London suburb of Enfield after Janet (Madison Wolfe), the second-oldest of four children, plays with a ouija board she made with her friend Camilla (Emily Tasker). Janet starts to sleepwalk and converses in her dreams with an entity in the form of an angry elderly man who sits in the family's armchair, insisting the house is his. Eventually, all the Hodgson siblings and their mother Peggy witness paranormal events, terrifying them into seeking refuge with their neighbors. When the media attempts to interview the family, Janet is possessed by the elderly man, Bill Wilkins (Bob Adrian), who previously lived and died in the house. During the possession, Wilkins states that he enjoys tormenting the family and wants to reclaim his home. As Janet shows more signs of demonic possession, the story eventually reaches the Warrens, and their assistance is requested in an investigation to prove whether or not Janet's possession is a hoax. Lorraine, fearful that her vision of Ed's death may become reality, warns him not to get too involved. She has yet another vision of the demonic nun in Ed's study. The demon says its name, which Lorraine scribbles in her Bible.

Who plays who in the The Conjuring 2 movie?

Here is the full cast and characters of "The Conjuring 2" movie. Actors and actresses are sorted mostly in credits order.

When is The Conjuring 2 movie release date?

What are The Conjuring 2 filming details?

"The Conjuring 2" movie is rated "R", according to the MPAA film rating system.

What are critics and audiences saying about The Conjuring 2 movie?

"The Conjuring 2" movie got high rating from critics. IMDB rating is 7.3/10. Rotten Tomatoes rating is 80/100. The audience also loves the film. Audiences polled by CinemaScore gave the film an average grade of "A-" on a scale ranging from A+ to F.

More information and reviews on "The Conjuring 2" movie you can get on the following websites.

The Conjuring 2 on IMDB is available at:

The Conjuring 2 on Wikipedia is available at: