Here are "The Platform" movie trailer, plot summary, full cast and characters, release date, streaming services and everything we know so far.

Is there a trailer for The Platform movie?

Netflix on Friday, March 06, 2020 released the trailer for "The Platform" you can watch here:
The Platform | Main Trailer | Netflix. 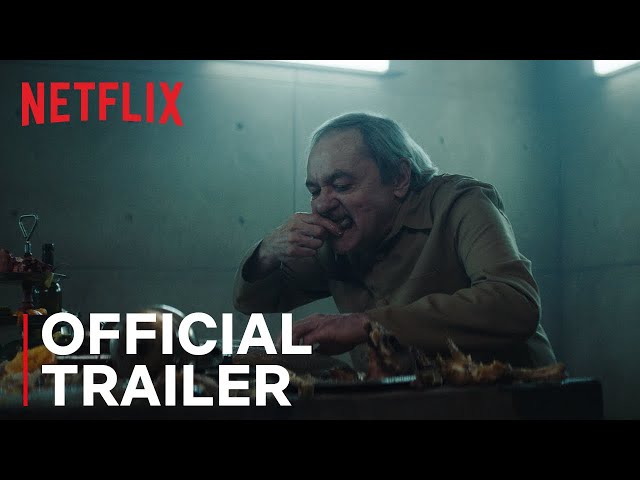 What is The Platform movie plot?

Here is a short review of "The Platform" movie plot summary.

Goreng (Iván Massagué) wakes in a concrete cell marked with the number 48. His cellmate, Trimagasi (Zorion Eguileor), explains that they are in a "Vertical Self-Management Center" aka "The Pit", a tower-style facility in which food is delivered via a platform that travels from the top down, stopping for a fixed period on each floor. Those on lower levels can eat only what those above leave, and the cell is heated or cooled to fatal temperatures if anyone tries to keep any of the food.
People are randomly reassigned to a new level each month. Each resident is allowed to bring one item in with them, Goreng choosing a copy of Don Quixote, and Trimagasi a self-sharpening knife. Trimagasi reveals that when assigned to level 132, he and his former cellmate cannibalized a resident who had fallen down the shaft. One day, a bloodied woman named Miharu (Alexandra Masangkay) rides down on the platform. Trimagasi explains that she descends the pit every month in search of her child.
As they talk, it is revealed that Goreng volunteered to spend six months in the facility in exchange for a diploma, and Trimagasi is serving a year-long sentence for manslaughter. Over the first month, they become friends, but on the day of the room shuffle, Goreng wakes up tied to his bed. They have been reassigned to level 171, where the platform is expected to be empty of food when it arrives. Trimagasi explains that he plans to cut strips of Goreng's flesh to sustain them both, and if Goreng is complicit, he may survive. On the eighth day, Trimagasi grows weaker and starts cutting into Goreng's leg but is attacked by Miharu as she comes down the platform. She frees Goreng and he kills Trimagasi. Miharu cuts out some of Trimagasi's flesh, feeding Goreng and eating some herself. She nurses Goreng, but leaves on the platform when he asks her about her child. On the night before the shuffle, Goreng is haunted by Trimagasi, who explains that they are now both one and the same and that Trimagasi will never leave him.

Who plays who in the The Platform movie?

Here is the full cast and characters of "The Platform" movie. Actors and actresses are sorted mostly in credits order.

When is The Platform movie release date?

"The Platform" movie release date was scheduled to be on September 6, 2019 (TIFF), on November 8, 2019 (Spain) and on March 20, 2020 (Netflix) distributing by Festival Films (Spain), Netflix (International), Festival Films / Yedra Films and The Klockworx.

What are The Platform filming details?

What are critics and audiences saying about The Platform movie?

"The Platform" movie got high rating from critics. IMDB rating is 7/10.

More information and reviews on "The Platform" movie you can get on the following websites.

The Platform on IMDB is available at:

The Platform on Wikipedia is available at: