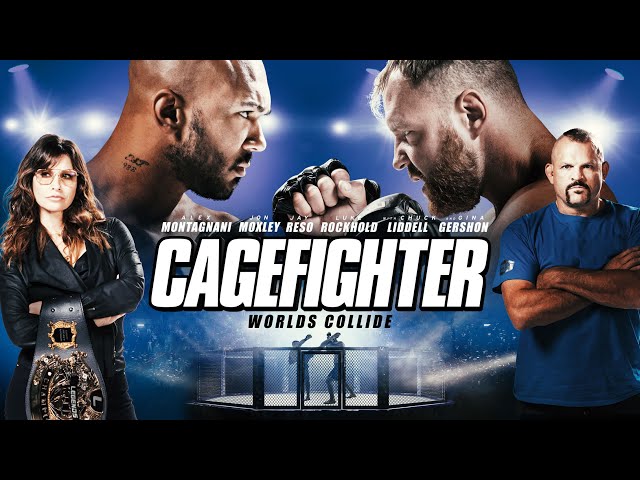 Reiss Gibbons (Alex Montagnani) is the greatest champion to ever fight in the MMA promotion Legends. He is a 5-time champion and has just come off a win which has him and his manager Reggie (Elijah Baker) feeling on top of the world with waves of endorsement deals and movie offers. Legends owner Max Black (Gina Gershon) wants to book another fight for Reiss were she reveals to MMA talk show host Stephen Drake (Jay Reso) that she has decided to put Reiss against pro wrestling star Randy Stone (Jonathan Good).
Drake and the whole MMA community including Reiss and his wife Ellie (Georgia Bradner) think this is a publicity stunt and that Stone will not succeed like all wrestlers who transition to MMA too soon. The hype though attracts a large audience with even other pro wrestlers Matt Hardy, Tommy Dreamer, and Bubba Ray Dudley defending Stone and pro wrestling saying Stone will beat Reiss and prove everyone wrong. A press conference is held but ends in disaster when Stone's trash talk against Reiss and his wife angers Reiss and nearly starts a fight. The fight begins the next day and the two finally collide.
Reiss proves at first the better fighter due to his experience and techniques were as Stone swings wild punches and is too inexperienced. Much to everyone including Reiss' shock Stone proves to tougher than he looks and Reiss' overconfidence and showboating gets the best of him. Stone is able to get Reiss up on the cage using dirty boxing techniques is trainer Danny Thickett (Leo Fafard) used in his heyday and easily picks Reiss up for takedowns. The match ends in a huge upset after hitting Reiss with one punch Stone delivers a devastating uppercut which knocks Reiss out. Reiss awakens but is concussed and confuses the Referee for Stone attempting to wrestle him. The referee stops him and informs the match is over and Stone has won the title.

Who plays who in the Cagefighter: Worlds Collide movie cast?