Is there a trailer for Child's Play movie? 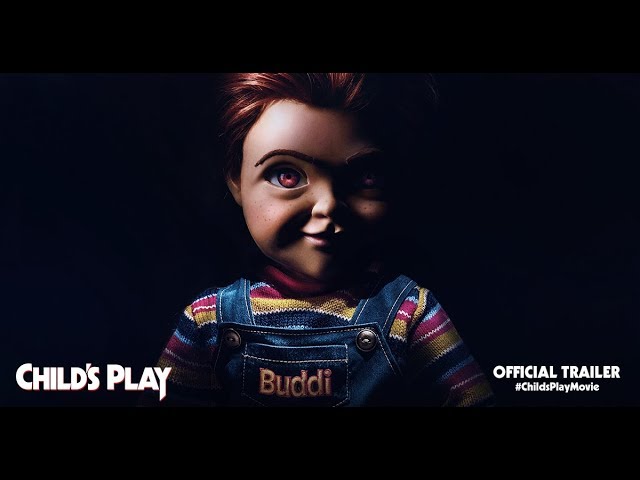 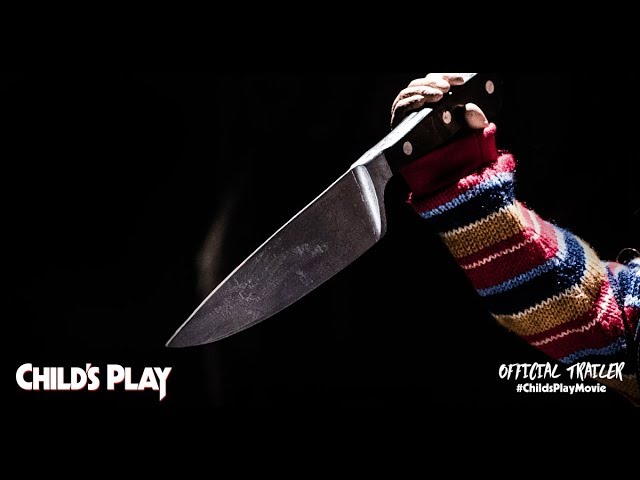 What is Child's Play movie plot?

Multinational Kaslan Corporation has just launched Buddi, a revolutionary line of high-tech dolls designed to be lifelong companions to their owners, learning from their surroudings, and acting accordingly, quickly becoming a worldwide success. At a Kaslan assembly factory in Vietnam, overworked employee Chien (Phoenix Ly) is fired by his supervisor for unsatisfactory performance. In retaliation, he tampers with the Buddi doll that he is assembling by disabling all of its safety protocols before committing suicide. The doll is package alongside others for its international delivery.
In Chicago, Illinois, widowed retail clerk Karen Barclay (Aubrey Plaza) and her twelve-year-old hearing-impaired son Andy (Gabriel Bateman) have moved into a new apartment. In an attempt to cheer Andy up for the unease relocation and the presence of her new boyfriend Shane (David Lewis), Karen blackmails her boss in order to procure a defective Buddi doll, giving it to Andy as an early birthday gift. Once activated, the doll names himself "Chucky" and becomes attached to Andy. Over time, Chucky (Mark Hamill) helps him to befriend other two children, Falyn (Beatrice Kitsos) and Pugg (Ty Consiglio), but also begins to display violent tendencies. For instance, he tries to strangle the Barclays' pet cat after it scratches Andy and, while he and his friends gleefully watch a horror film, Chucky starts mimicking the violence, approaching the trio with a kitchen knife before Andy disarms him.
When Andy arrives home the next morning, finds that his cat is dead; Chucky admits to have killed it so that it would not hurt Andy anymore. Karen locks the doll in a closet, but he escapes and terrorizes Shane, which leads him to confront Andy. Overhearing Andy's pleas for Shane to be gone, Chucky follows him to his home, where it is revealed that Shane is married with children and is having an affair with Karen behind his wife's back. While Shane is outside taking down Christmas lights, Chucky breaks his legs and activates a cultivator that scalps and kills him. The following day, Chucky delivers Shane's skinned face as a gift to a horrified Andy.

Who plays who in the Child's Play movie cast?

Here is the full cast and characters of "Child's Play" movie. Actors and actresses are sorted mostly in credits order.

What are Child's Play filming details?

The duration of the film is 90 minutes. With a budget of $10 million, the film grossed over $45 million.

"Child's Play" movie is rated "R", according to the MPAA film rating system.

Principal photography began on September 17 and wrapped on November 8, 2018, in Vancouver, Canada.

What are critics and audiences saying about Child's Play movie?

"Child's Play" movie got high rating from critics. IMDB rating is 5.7/10. Rotten Tomatoes rating is 64/100. Audiences polled by CinemaScore gave the film an average grade of "C+" on a scale ranging from A+ to F.

More information and reviews on "Child's Play" movie you can get on the following websites.

Child's Play on IMDB is available at:

Child's Play on Wikipedia is available at: