Here are "Giant Little Ones" Movie trailer, plot summary, full cast and characters, release date and everything we know so far.

Watch the official trailer for Giant Little Ones.

Mongrel Media on Tuesday, April 09, 2019 released the trailer for "Giant Little Ones" you can watch here:
GIANT LITTLE ONES Trailer #2 Mongrel Media. 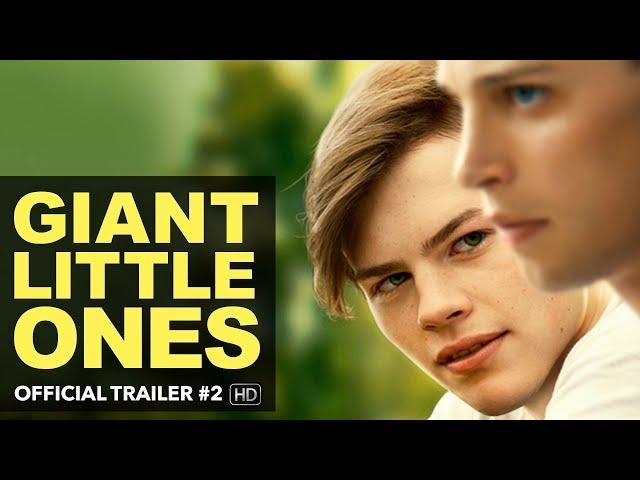 What is Giant Little Ones plot?

Here is a plot summary for "Giant Little Ones" Movie.

Ray Winter (Kyle MacLachlan) leaves his wife, Carly (Maria Bello), for another man. Ray's popular, athletic son, Franky (Josh Wiggins), refuses to talk to his father despite Ray's pleas.
The film begins some time later, as Franky is about to celebrate his birthday. His best friend, fellow swimmer Ballas Kohl (Darren Mann), pressures Franky to sleep with girlfriend Priscilla (Hailey Kittle) just as Ballas and his girlfriend, Jess (Kiana Madeira), have done. Ballas boasts of having had sex repeatedly. After Franky's birthday party, a drunk Ballas attempts to have sex with an equally intoxicated Franky. Ballas is terrified that his actions have outed him, and he and his girlfriend begin to spread rumors that it is Franky who initiated the sex.
Franky slowly begins to piece his life back together with the support of his potentially transgender friend, Mouse (Niamh Wilson). He also rekindles his relationship with Ballas' sister, Natasha (Taylor Hickson), whom everyone (including Franky) ostracized some time ago as a "slut" after she was sexually assaulted at a party. He reconnects with his father, and admits that he is uncertain, as he did not feel uncomfortable during the incident with Ballas. His father points out that he may not know his full truth yet, but he need not rush to immediately define himself. Through this guidance and the support of his family and friends, Franky finds himself confident and resilient, making an effort to reconnect with Ballas.

Who's in the Giant Little Ones cast?

Here is the full cast and characters of "Giant Little Ones" Movie. Actors and actresses are sorted mostly in credits order.

When is Giant Little Ones released in cinemas?

"Giant Little Ones" Movie release date was scheduled to be on September 9, 2018 (TIFF) and on March 1, 2019 (United States) distributing by Mongrel Media, Edition Salzgeber, Vertical Entertainment, EuroVideo and Wolfe Video.

What are Giant Little Ones filming details?

What are critics and audiences saying about Giant Little Ones?

"Giant Little Ones" Movie got high rating from critics. IMDB rating is 7.2/10. Rotten Tomatoes rating is 93/100. The audience also likes the film.

More information and reviews on "Giant Little Ones" Movie you can get on the following websites.

Giant Little Ones on IMDB is available at:

Giant Little Ones on Wikipedia is available at: