Here are "Tesla" movie trailer, plot summary, full cast and characters, release date and everything we know so far.

Is there a trailer for Tesla movie?

IFC Films on Friday, July 10, 2020 released the trailer for "Tesla" you can watch here:
Tesla - Official Trailer I HD I IFC Films. 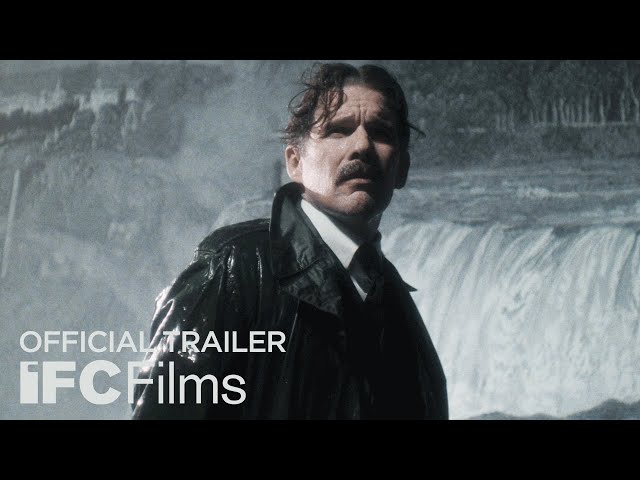 What is Tesla movie plot?

Here is a short review of "Tesla" movie plot summary.

The narrator tells how Nikola Tesla (Ethan Hawke), as a small child, saw electricity when petting his cat. In 1884 New York City, adult Nikola Tesla (Ethan Hawke) is working for Thomas Edison (Kyle MacLachlan), who doesn't seem to regard Tesla overly highly. He is told by another coworker that perhaps it is because Edison's wife has just died. When they get into a heated work confrontation, they smash ice cream cones in each other's faces.
The narrator revealed to be Anne Morgan (Eve Hewson), appears with a laptop, saying that this probably is not how this happened. She tells about how when you Google Tesla, you only find a couple of photos, and proceeds to detail more information about his past and how he had his first flash of the motor he would eventually invent. She notes when you google Edison, you get twice as many results.
The narrator continues to explain his previous troubles and financial poverty until he is finally able to pitch his idea to those who will pay him much more than Edison. The narrator tells how Edison meets his second wife Mina (Hannah Gross) in 1885. Tesla continues work on his induction motor, assisted by his friend Anthony Szigeti from Budapest (Ebon Moss-Bachrach).
They reveal their spark-less motor to high praise, and Tesla eventually meets Anne, the daughter of JP Morgan (Donnie Keshawarz). Tesla presents his findings, and George Westinghouse (Jim Gaffigan) buys the patents for Tesla's inventions and brings Tesla to Pittsburgh to oversee production. Westinghouse updates Tesla on the rivalry between Edison's findings and Tesla's, Edison insists on his for the matters of execution. Edison says direct current is better and dismisses Tesla's alternating current.

Who plays who in the Tesla movie?

Here is the full cast and characters of "Tesla" movie. Actors and actresses are sorted mostly in credits order.

When is Tesla movie release date?

What are Tesla filming details?

"Tesla" movie is rated "PG-13", according to the MPAA film rating system.

What are critics and audiences saying about Tesla movie?

More information and reviews on "Tesla" movie you can get on the following websites.

Tesla on IMDB is available at:

Tesla on Wikipedia is available at: