Here are "Sound of Metal" movie trailer, plot summary, full cast and characters, release date, streaming services and everything we know so far. 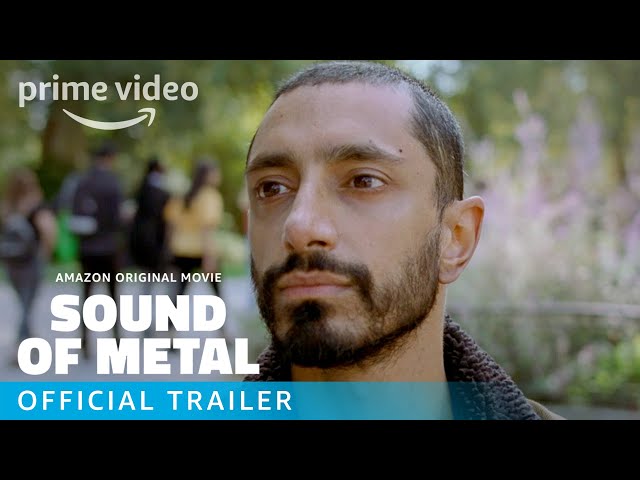 Ruben (Riz Ahmed) is a drummer and one half of the heavy metal duo Blackgammon, along with the singer and girlfriend, Lou (Olivia Cooke). They live in an RV while driving across the United States to perform gigs. When Ruben begins to suddenly lose his hearing, he goes to a pharmacy seeking a diagnosis. The pharmacist refers him to a doctor, who performs a hearing test and finds that Ruben can only make out 20 - 30 percent of words he hears and his hearing will deteriorate rapidly; moreover, although cochlear implants may benefit him, their high cost is not covered by insurance. The doctor suggests that Ruben eliminate all exposure to loud noises and later undergo further testing, but Ruben continues to perform.
Lou learns of Ruben's condition and wants to stop performing for his safety, but he wants to continue. Lou is also concerned about his sobriety, as he is a recovering drug addict. They call his narcotics anonymous sponsor, Hector, who finds a rural shelter for deaf recovering addicts that accepts Ruben, run by a man named Joe (Paul Raci), a recovering alcoholic who lost his hearing in the Vietnam War. Ruben leaves with Lou because they will not let her live there with him and he wants only the implants. Lou, anxious for his well-being, leaves and persuades Ruben to return to the shelter.
Ruben begins to meet the other members of the shelter as he attends meetings and settles into his new life. He is introduced to Diane (Lauren Ridloff), a teacher, and the children in her class, and begins to learn American Sign Language. Joe tasks Ruben with writing endlessly and sitting peacefully in an effort to make him comfortable with the silence, and confides to him that he himself will do the same, simultaneously. Ruben joins Diane's class and starts to connect with the children and the rest of the community. He gives the children and Diane basic drumming lessons.