Is there a trailer for DC League of Super-Pets movie? 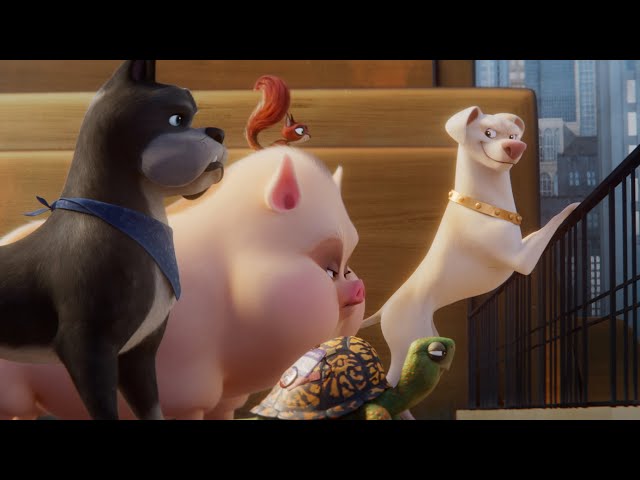 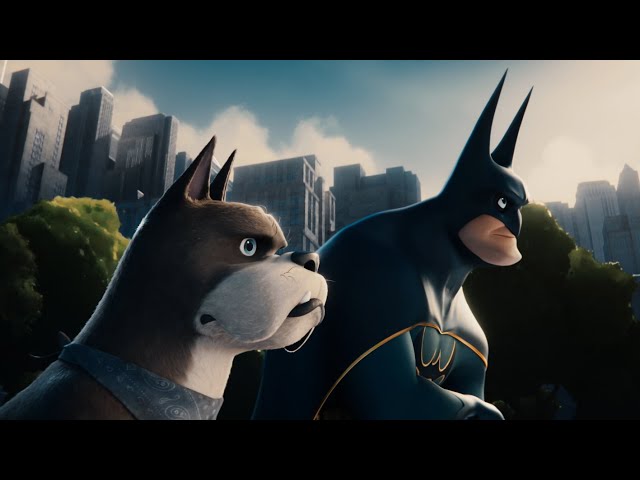 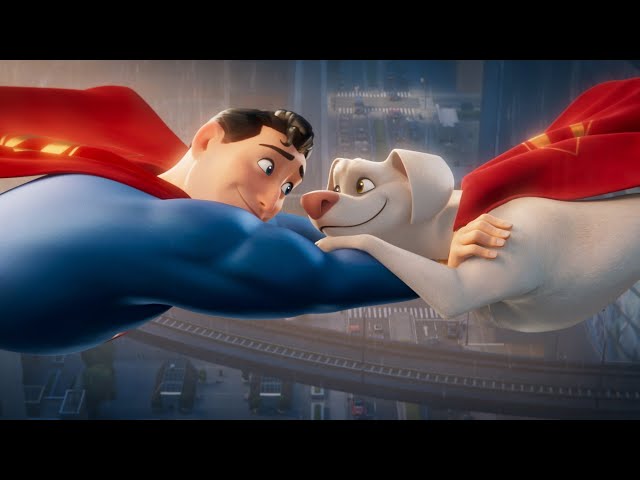 What is DC League of Super-Pets movie plot?

Here is a short review of "DC League of Super-Pets" movie plot summary.

While Krypton is blowing up, Krypto (Dwayne Johnson) gets in Kal-El's pod, comforting him as they head towards their new home.
Years later, Krypto and Clark, now known as Superman, live in Metropolis, where the latter is dating Lois Lane (Olivia Wilde), whom Krypto is jealous of. Thinking that Krypto needs a friend, Clark heads to an animal shelter to find one for him. While there, Krypto comes across Ace (Kevin Hart), who was trying to escape the shelter, and manages to stop him from doing so. Later, they spot Lex Luthor (Marc Maron) reeling in a meteorite strapped with orange kryptonite. Lex wants to reel it in so he can get superpowers. It doesn't work, and he is easily defeated. Meanwhile, a guinea pig tested by Luthor named Lulu (Kate McKinnon) manages to reel in a piece of kryptonite, which gives her superpowers. Unbeknownst to her, everyone else in the shelter gains superpowers themselves. Ace is now super strong and indestructible; a potbellied pig named PB (Vanessa Bayer) can shrink and grow; a turtle named Merton becomes super fast; and a squirrel named Chip (Diego Luna) gains electric powers.
Clark and Krypto have an argument when the former wants to go on a date with Lois in order to ask her to marry him. However, Clark is captured by Lulu. Krypto tries to save him, but due to a piece of cheese he ate that had green kryptonite, he loses his powers. Later, he comes across the shelter pets who, besides Ace, agree to help him, with Ace only agreeing after Krypto blackmails him. Lulu recruits her own army of guinea pigs, captures the Justice League, and heads to Stryker's Island to free Luthor. The shelter pets try to stop her, but fail miserably, with Krypto being thrown to the Hall of Justice. While on the roof, Ace tells Krypto his backstory, and says that dogs love unconditionally, even if it hurts. With that, they head to Stryker's Island to try and stop Lulu. Before they can stop Lulu, a kitten that she saved tries to kill them. But through their teamwork, they manage to escape. At the prison, they try to stop Lulu, but put themselves in prison cells to save Krypto. However, when Lulu frees Luthor, the latter betrays her. She breaks out easily and decides to end the Justice League herself.

Who plays who in the DC League of Super-Pets movie cast?

Here is the full cast and characters of "DC League of Super-Pets" movie. Actors and actresses are sorted mostly in credits order.

When is DC League of Super-Pets movie release date?

What are DC League of Super-Pets filming details?

The duration of the film is 105 minutes. The film's budget is $90 million.

"DC League of Super-Pets" movie is rated "PG", according to the MPAA film rating system.

What are critics and audiences saying about DC League of Super-Pets movie?

"DC League of Super-Pets" movie got high rating from critics. IMDB rating is 7.8/10.

More information and reviews on "DC League of Super-Pets" movie you can get on the following websites.

DC League of Super-Pets on IMDB is available at:

DC League of Super-Pets on Wikipedia is available at: