Is there a trailer for Nobody's Fool movie? 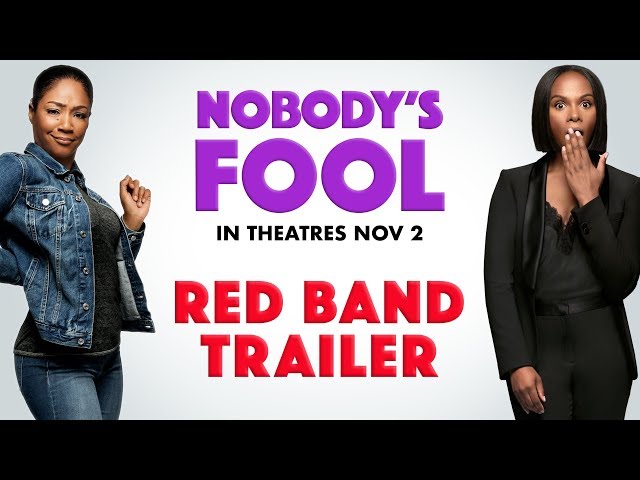 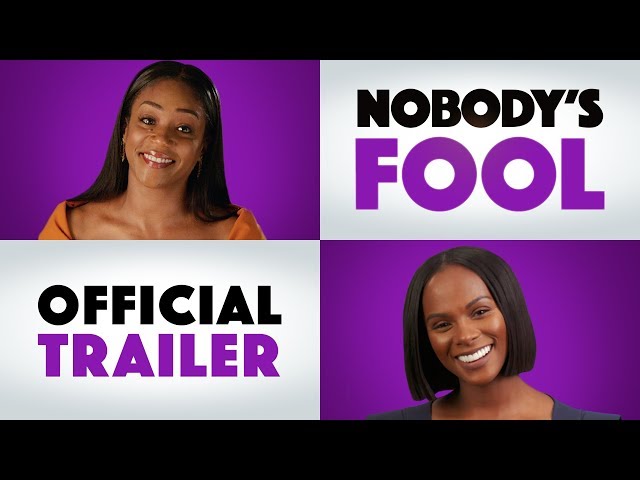 What is Nobody's Fool movie plot?

Danica (Tika Sumpter) is a successful worker at a marketing firm, and has been in a relationship with "Charlie" (Mehcad Brooks), a man she met online a year ago but has never seen in real life.
When she is sent to go pick up her recently paroled sister Tanya (Tiffany Haddish) from prison, her mother Lola (Whoopi Goldberg) also tells Danica that Tanya must stay at her house. Tanya is amazed by Danica's apartment, and discovers that Danica's ex-fiancé Bailey (Adrian Conrad) left her for another woman. Tanya thinks Danica is being catfished since she has never seen Charlie (Mehcad Brooks) in person.
The next day, Tanya and Danica stop by the Brown Bean, a coffee shop next to Danica's work. Frank (Omari Hardwick), the shop's owner, who is in love with Danica, insists that he will let Tanya work at the shop. When Danica goes to pick up Tanya from work that night she accidentally walks in an AA meeting that is being held in the store and overhears that Frank used to abuse alcohol and discovers that he was in prison for seven years. Tanya contacts the reality show Catfish via email that Frank let her use. Danica receives news that Charlie now has Wi-Fi and is going to FaceTime her. The Catfish crew comes over to her house without her knowledge.
After Tanya finds out that "Charlie" is actually a man named Lawrence (Chris Rock), Danica says negative things to Tanya which upsets Tanya so much that she decides to move out and go to their mother's house. Danica shows up to work tired and unprepared to present a campaign she had been working on and gets suspended.

Who plays who in the Nobody's Fool movie cast?

Here is the full cast and characters of "Nobody's Fool" movie. Actors and actresses are sorted mostly in credits order.

"Nobody's Fool" movie is rated "R", according to the MPAA film rating system.

What are critics and audiences saying about Nobody's Fool movie?

"Nobody's Fool" movie got average rating from critics. IMDB rating is 4.9/10. Rotten Tomatoes rating is 26/100. The audience dislikes the film either. Audiences polled by CinemaScore gave the film an average grade of "A-" on a scale ranging from A+ to F.

More information and reviews on "Nobody's Fool" movie you can get on the following websites.