Is there a trailer for Blockers movie? 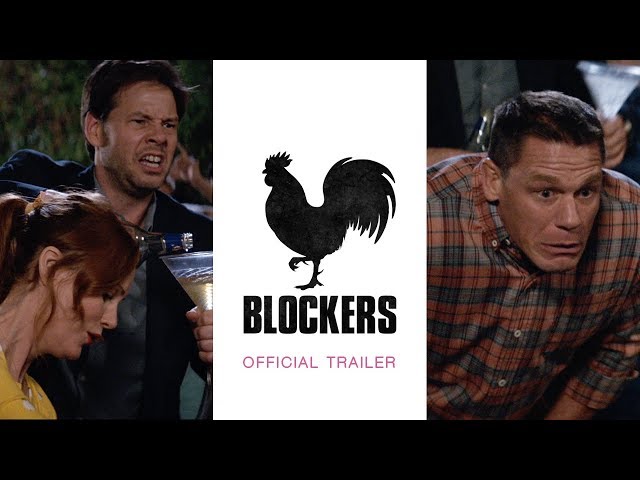 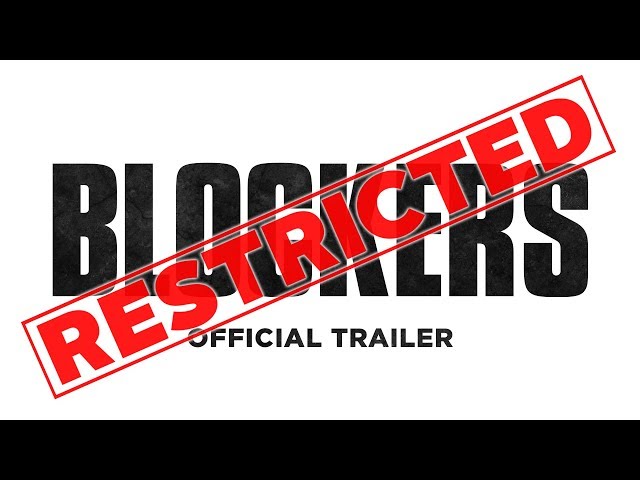 What is Blockers movie plot?

Here is a short review of "Blockers" movie plot summary.

Single mother Lisa Decker (Leslie Mann) drops off her young daughter, Julie, for her first day of kindergarten. She watches on as Julie is befriended by two other girls, Kayla and Sam. Kayla's father Mitchell (John Cena) and Sam's father Hunter (Ike Barinholtz) introduce themselves and become close friends after seeing the bond between their children.
Twelve years later, Julie shares with Kayla and Sam that she plans to lose her virginity to her boyfriend Austin (Graham Phillips) at prom. Kayla pledges to do so as well, though on a casual basis with her lab partner, Connor. Sam, a closeted lesbian, also joins the pact and arranges to attend the prom with the harmless Chad (Jimmy Bellinger).
Lisa throws a pre-party for the parents and kids. The girls then head to the prom, texting each other about their sex pact. The three parents hear Julie's laptop and intercept the messages. Hunter deciphers their emoji codes and uncovers their plan. Lisa and Mitchell rush to stop their daughters, but Hunter tries to dissuade them from interfering and shares his intuition that Sam is gay. At the prom he sees her awkwardly kiss Chad. Wanting to protect Sam from doing something she does not want to do, he joins Lisa and Mitchell's scheme.
Having been told that the after-party would be at Austin's house, the parents go there but find only Austin's parents Ron (Gary Cole) and Cathy (Gina Gershon) engaging in sex games. Ron reveals that the after-party is at a lake house but refuses to give the address. The trio realizes that Mitchell's wife Marcie may have it and return to his house. They retrieve the address against Marcie's wishes, who supports their daughter's right to privacy.

Who plays who in the Blockers movie cast?

Here is the full cast and characters of "Blockers" movie. Actors and actresses are sorted mostly in credits order.

When is Blockers movie release date?

What are Blockers filming details?

"Blockers" movie is rated "R", according to the MPAA film rating system.

Principal photography began on May 2, 2017, in Atlanta, Georgia.

What are critics and audiences saying about Blockers movie?

"Blockers" movie got high rating from critics. IMDB rating is 6.2/10. Rotten Tomatoes rating is 84/100. The audience also kinda likes the film. Audiences polled by CinemaScore gave the film an average grade of "B" on a scale ranging from A+ to F.

More information and reviews on "Blockers" movie you can get on the following websites.

Blockers on IMDB is available at:

Blockers on Wikipedia is available at: