Is there a trailer for See TV series? 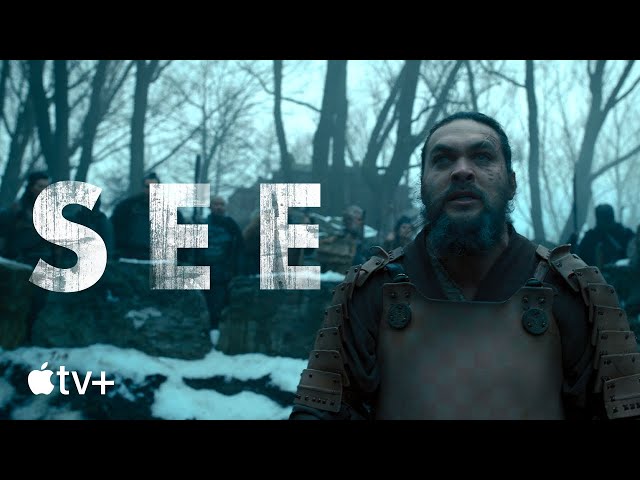 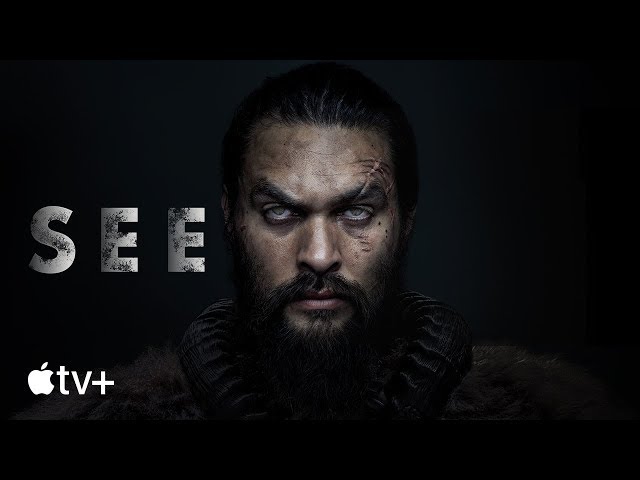 What is See TV series plot?

In the early twenty-first century, a virus wiped out all but two million humans, those surviving having lost the sense of sight. See takes place centuries later, where society has found new ways to interact, build, hunt, and survive without vision. In the mountains, Baba Voss (Jason Momoa), the chieftain of the Alkenny tribe, takes in and marries a woman, Maghra (Hera Hilmar), who comes to the Alkenny seeking shelter. Baba Voss has been unable to father children, and the woman is pregnant when she first arrives.
The biological father, Jerlamarel (Joshua Henry), is an outlaw wanted by the Queen (Sylvia Hoeks) of the Kane Dynasty of Kanzua Dam for the heresy of being "sighted" (the ability to see). Word spreads of Jerlamarel siring children, prompting a witch hunt for Jerlamarel and his offspring. Baba Voss must protect his family and his tribe against the Queen's army.
"Alkenny" and "Kanzua" are alterations of Allegheny and Kinzua, real-life locations in present-day western Pennsylvania.

Who plays who in the See TV series cast?

Here is the full cast and characters of "See" TV series. Actors and actresses are sorted mostly in credits order.

What are See filming details?

The average duration of each episode is 49 - 57 minutes. Country of origin: United States. Original language: English.

What are critics and audiences saying about See TV series?

More information and reviews on "See" TV series you can get on the following websites.

See on IMDB is available at:

See on Wikipedia is available at: