"Find Me in Paris" TV series

Here are "Find Me in Paris" TV series trailer, plot summary, full cast and characters, release date, streaming services and everything we know so far.

Is there a trailer for Find Me in Paris TV series?

Hulu on Thursday, August 15, 2019 released the trailer for "Find Me in Paris" you can watch here:
Find Me in Paris: Season 2 Official Trailer • A Hulu Original. 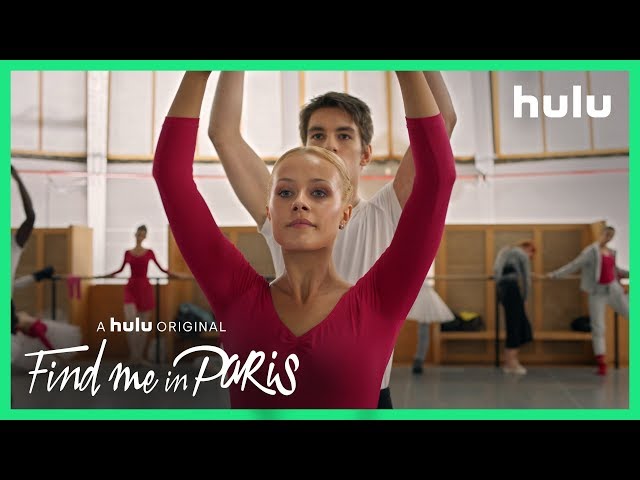 What is Find Me in Paris TV series plot?

Here is a short review of "Find Me in Paris" TV series plot summary.

«Season 1»:
Helena 'Lena' Grisky, a Russian princess from 1905, is training to be a ballerina at the Opéra de Paris and is the school's top student. Her boyfriend Henri is unaware that his family are time-travellers, and he discovers a time-piece hidden by his father, which he gives to Lena (Jessica Lord) as a gift, thinking it is just a piece of jewellery. Lena is transported and trapped in the year of 2018, leaving Henri battling to find a way to bring her back and to fight off the Time Collectors, who set out to capture Lena.
Meanwhile in 2018, Lena must continue to attend ballet school at the modern Opéra de Paris in order to keep her identity a secret and remain in Paris until she can return to 1905. However, despite wanting to return to 1905, Lena soon settles into her new time period and makes new friends in some of the school's other students - Jeff, Dash (Hiran Abeysekera) and Ines (Eubha Akilade), who becomes her best friend and the first to discover her secret. However, she also finds a rival in the ruthless Thea (Hannah Dodd), who sees Lena as a threat to her ambition to be the school's best dancer. To make things even more complicated, even though Lena has not forgotten Henri, she ends up falling for Max (Rory J. Saper), who becomes her dance partner. She also finds a love for a new dance genre, hip-hop, when she joins Max's dance group called the BLOCK. With all these conflictions, Lena is left with a dilemma: return to 1905 or stay in the future.
«Season 2»:
When Lena travels back to 1905, it is reported to the time travel bureau that someone has entered the wrong century. It is then revealed that Lena was actually born in the 21st-century, but was sent to the 20th-century as a newborn. Lena and Henri become separated in different time zones, and write letters to each other throughout the season. Thea discovers the Time Collectors, and begins a relationship with Frank (Seán Óg Cairns), using his time travelling device.

Who plays who in the Find Me in Paris TV series?

Here is the full cast and characters of "Find Me in Paris" TV series. Actors and actresses are sorted mostly in credits order.

What are Find Me in Paris filming details?

"Find Me in Paris" series are produced by Cottonwood Media, ZDF Enterprises and BE-FILMS.

The average duration of each episode is 25 minutes. Country of origin: France and Germany. Original language: English.

"Find Me in Paris" TV series is rated "PG-13", according to the MPAA film rating system.

What are critics and audiences saying about Find Me in Paris TV series?

More information and reviews on "Find Me in Paris" TV series you can get on the following websites.

Find Me in Paris on IMDB is available at:

Find Me in Paris on Wikipedia is available at: