Here are "The Act" TV series trailer, plot summary, full cast and characters, release date and everything we know so far.

Is there a trailer for The Act TV series?

Hulu on Monday, March 04, 2019 released the trailer for "The Act" you can watch here:
The Act: Trailer (Official) • A Hulu Original. 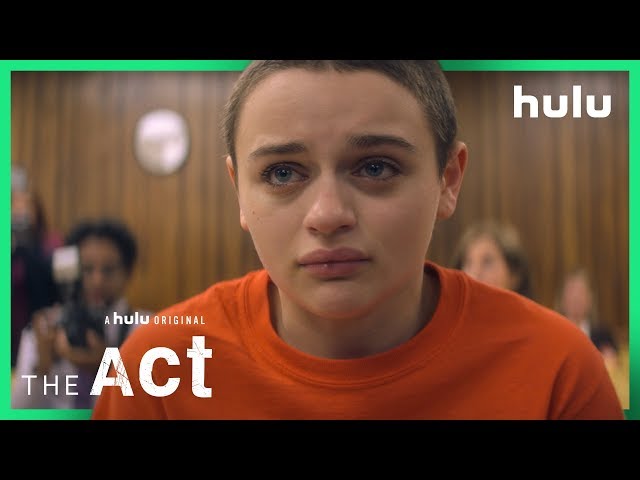 What is The Act TV series plot?

Here is a short review of "The Act" TV series plot summary.

The series follows the story of Gypsy Blanchard (Joey King), who uses a wheelchair due to an illness. Growing up, her relationship with her overprotective mother (Patricia Arquette) begins to sour as she increasingly insists on her independence. She rebels as her mother, who dedicated her life to her care, grows more protective, controlling and abusive, particularly amid her attempt to explore her sexuality.
The relationship turns even more toxic as Gypsy discovers many secrets. She grew up believing she was sick with cancer but discovers that she was not sick at all. Her mother Dee (Patricia Arquette) Dee successfully deceived not only Gypsy but also her family, friends, and medical professionals into believing her child was ill. It is suggested that she suffers from Factitious disorder imposed on another, a mental illness in which a caregiver exaggerates or fakes another person's illness. At the time, this disorder was classified as Munchausen syndrome by proxy, by which it is still commonly known. The narrative eventually leads to murder after Gypsy asks her boyfriend to kill her mother.

Who plays who in the The Act TV series?

Here is the full cast and characters of "The Act" TV series. Actors and actresses are sorted mostly in credits order.

What are The Act filming details?

"The Act" series are produced by Eat the Cat, Writ Large and Universal Content Productions.

The average duration of each episode is 48 - 60 minutes. Country of origin: United States. Original language: English.

What are critics and audiences saying about The Act TV series?

More information and reviews on "The Act" TV series you can get on the following websites.

The Act on IMDB is available at:

The Act on Wikipedia is available at: