"We Are the Wave" TV series

Here are "We Are the Wave" TV series trailer, plot summary, full cast and characters, release date and everything we know so far.

Is there a trailer for We Are the Wave TV series?

Netflix on Friday, October 18, 2019 released the trailer for "We Are the Wave" you can watch here:
We Are The Wave | Official Trailer | Netflix. 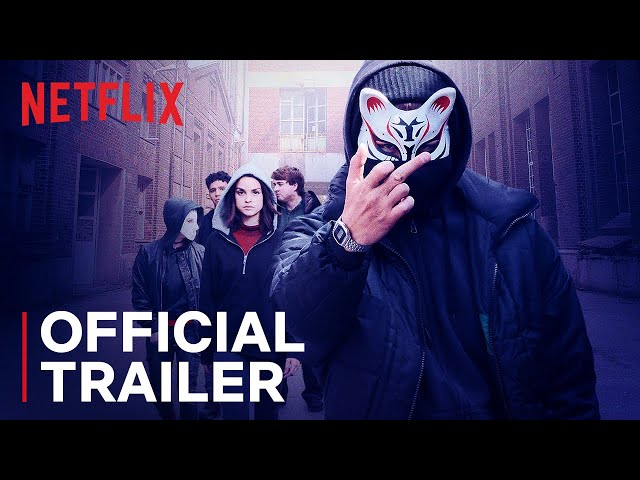 What is We Are the Wave TV series plot?

Here is a short review of "We Are the Wave" TV series plot summary.

The series takes place in the fictitious German city of Meppersfeld. It tells the story of a group of teenagers who decide to fight together against injustice and social problems.
Lea (Luise Befort), a high school student from a wealthy family, is bored and frustrated by her privileged life. She doubts her parents' way of life, who consider themselves to be cosmopolitan and environmentally aware. Lea feels that she wants to do more than them in order to create a better world. When Tristan (Ludwig Simon), a new classmate, comes to Meppersfeld and quickly makes friends with the outsiders Zazie (Michelle Barthel), Rahim (Mohamed Issa) and Hagen (Daniel Friedl), Lea's interest is aroused.
Tristan uses the personal circumstances of the very different teenagers in order to inspire them for a common fight against grievances and injustices. Rahim and his family, for example, are regularly attacked racially. In addition, his family is threatened with the loss of their apartment because an investor wants to renovate the building into expensive luxury apartments. Hagen's parents who are organic farmers lost their economic livelihood after waste sludge from a local paper mill contaminated their fields. Zazie is bullied by classmates and feels oppressed by sexist gender stereotypes she doesn't match. After a short hesitation, Lea also joins the group, which meets in the afternoon on an abandoned factory site to plan the next steps together.
Driven by Tristan, the actions of the group, which is soon to be called "The Wave", are becoming increasingly radical and risky. What begins as an idealistic and playful revolt against the establishment, soon gets a threatening momentum. Central is the conflict between Lea, who believes in peaceful forms of protest and resistance, and Tristan, who considers Lea's optimism naive and is vehemently opposed to opening the group to other members.

Who's in the We Are the Wave TV series cast?

Here is the full cast and characters of "We Are the Wave" TV series. Actors and actresses are sorted mostly in credits order.

What are We Are the Wave filming details?

"We Are the Wave" series are produced by Rat Pack Filmproduktion and Sony Pictures Film und Fernseh Produktion.

The average duration of each episode is 45 - 54 minutes. Country of origin: Germany. Original language: German.

What are critics and audiences saying about We Are the Wave TV series?

"We Are the Wave" TV series got high rating from critics. IMDB rating is 6.2/10.

More information and reviews on "We Are the Wave" TV series you can get on the following websites.

You can watch We Are the Wave online streaming on Netflix:

We Are the Wave on IMDB is available at:

We Are the Wave on Wikipedia is available at: