Is there a trailer for Atypical TV series? 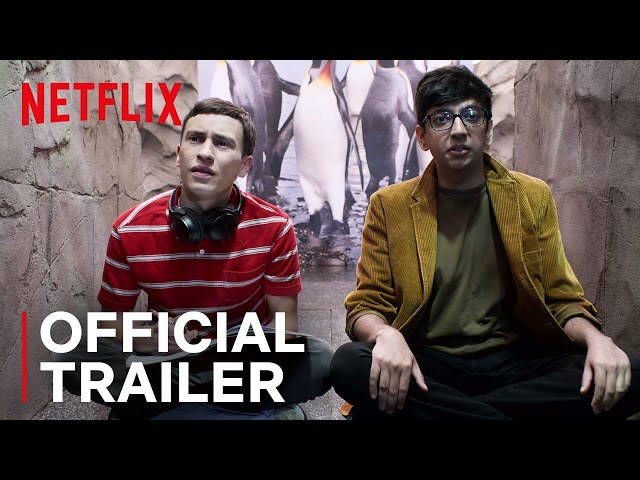 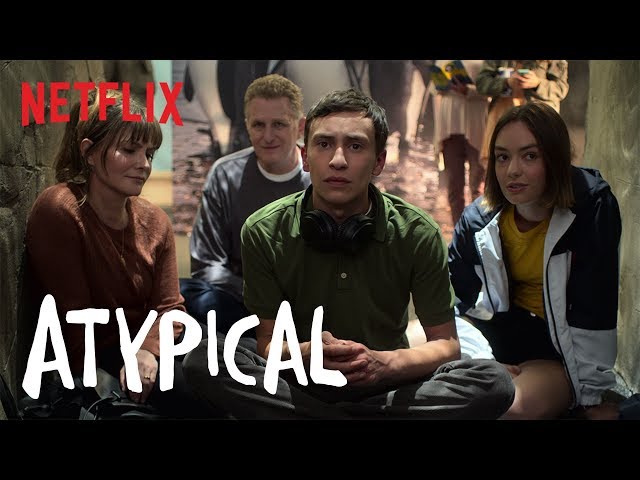 What is Atypical TV series plot?

«Season 1»:
Sam Gardner (Keir Gilchrist), an 18-year-old boy on the autism spectrum, who lives in Connecticut, announces that he wants to start dating girls after some advice from his therapist. His father, Doug (Michael Rapaport), has struggled to connect with his son and is thrilled when Sam approaches him for advice. When Sam wants to surprise his crush with chocolate-covered strawberries, his father drives him to her house only to discover that Sam's crush is actually Julia (Amy Okuda), Sam's 26-year-old therapist. Doug quickly pulls Sam away and tells him to find a girlfriend his own age. Sam comes around to the fact that he needs a "practice girlfriend", as he puts it, and, with the help of his friends and family, begins to learn the social nuances of dating.
As Sam grows more independent, his mother Elsa (Jennifer Jason Leigh) struggles to find a life outside of being his guardian. During a night out with friends from a dance class, Elsa meets Nick (Raúl Castillo), a bartender she likes and begins an affair with him. Sam's younger sister, Casey (Brigette Lundy-Paine), breaks a track-and-field record and receives an athletic scholarship to a prestigious but distant high school. Although she wants to attend, she is nervous about what leaving will mean for Sam. Her concerns are exacerbated when she discovers that Doug abandoned their family for a while after Sam's diagnosis and that Elsa is having an affair. Meanwhile, Julia finds a chocolate-covered strawberry Sam left behind during his visit. She accuses her boyfriend of cheating on her, which leads him to break up with her. After he moves out, Julia discovers that she is pregnant with his child.

Who plays who in the Atypical TV series cast?

Here is the full cast and characters of "Atypical" TV series. Actors and actresses are sorted mostly in credits order.

What are Atypical filming details?

"Atypical" series are produced by Weird Brain, Exhibit A and Sony Pictures Television.

The average duration of each episode is 26 - 38 minutes. Country of origin: United States. Original language: English.

What are critics and audiences saying about Atypical TV series?

More information and reviews on "Atypical" TV series you can get on the following websites.

You can watch Atypical online streaming on Netflix:

Atypical on IMDB is available at:

Atypical on Wikipedia is available at: