Here are "Them" TV series trailer, plot summary, full cast and characters, release date, streaming services and everything we know so far.

Is there a trailer for Them TV series?

Amazon Prime Video on Monday, March 22, 2021 released the trailer for "Them" you can watch here:
THEM - Official Trailer | Prime Video. 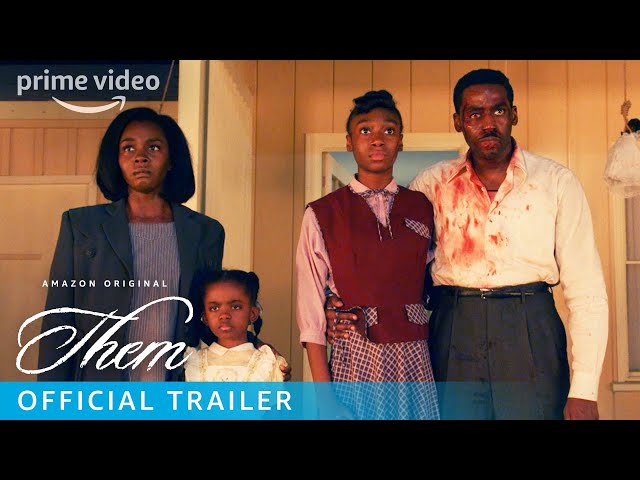 What is Them TV series plot?

Here is a short review of "Them" TV series plot summary.

Set in 1953, Them: Covenant follows a Black family who, during the Second Great Migration, moves from North Carolina to an all-white neighborhood in Los Angeles. The family's idyllic home slowly transforms into an epicenter of evil forces, next-door and otherworldly, that threaten to taunt, ravage and destroy them.

Who plays who in the Them TV series cast?

Here is the full cast and characters of "Them" TV series. Actors and actresses are sorted mostly in credits order.

What are Them filming details?

"Them" series are produced by Amazon Studios, Sony Pictures Television and Vertigo Entertainment.

What are critics and audiences saying about Them TV series?

"Them" TV series got average rating from critics. IMDB rating is 4.6/10.

More information and reviews on "Them" TV series you can get on the following websites.

Them on IMDB is available at:

Them on Wikipedia is available at: