Here are "Catch-22" TV series trailer, plot summary, full cast and characters, release date and everything we know so far.

Is there a trailer for Catch-22 TV series? 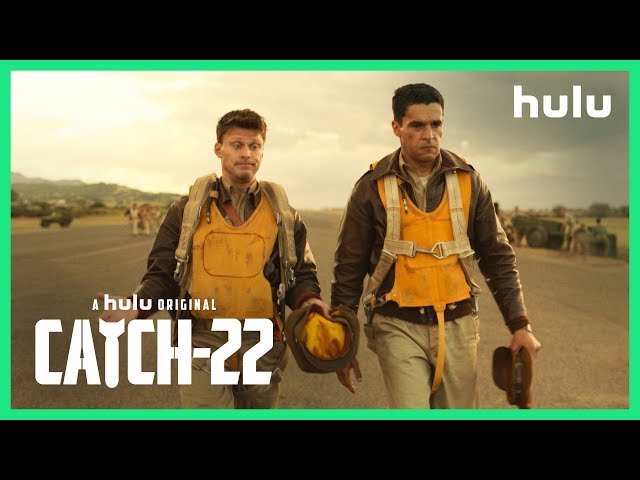 What is Catch-22 TV series plot?

John Yossarian (Christopher Abbott) is a United States Army Air Forces bombardier in World War II, furious that thousands of people are trying to kill him and that his own army keeps increasing the number of missions he must fly. He is trapped by the bureaucratic rule Catch-22, which considers a willingness to fly dangerous combat missions to be insane, yet a request to be relieved of duty on the grounds of insanity to be the process of a rational mind, so any such request must be denied.
He chose bombardier hoping the war would finish before his lengthy training but now sits exposed in the nose of a B-25 dropping bombs on strangers who are trying to kill him, unless he is avoiding flying by feigning illness, sabotaging his intercom, self-inflicted illness, or clandestinely moving the bomb line so it appears their target has already been captured.
The events occur in the Mediterranean theatre of World War II while the fictional 256th US Army Air Squadron is based on the (fictionalized) island of Pianosa, in the Mediterranean Sea, and conducting bombing raids over heavily defended fascist controlled Italy. Events are largely on base and in the air; there are later events in Italy and early scenes of basic training in the US.

Who plays who in the Catch-22 TV series?

Here is the full cast and characters of "Catch-22" TV series. Actors and actresses are sorted mostly in credits order.

What are Catch-22 filming details?

The average duration of each episode is 41 - 46 minutes. Country of origin: United States and Italy. Original language: English.

What are critics and audiences saying about Catch-22 TV series?

More information and reviews on "Catch-22" TV series you can get on the following websites.

Catch-22 on IMDB is available at:

Catch-22 on Wikipedia is available at: