Is there a trailer for GLOW TV series? 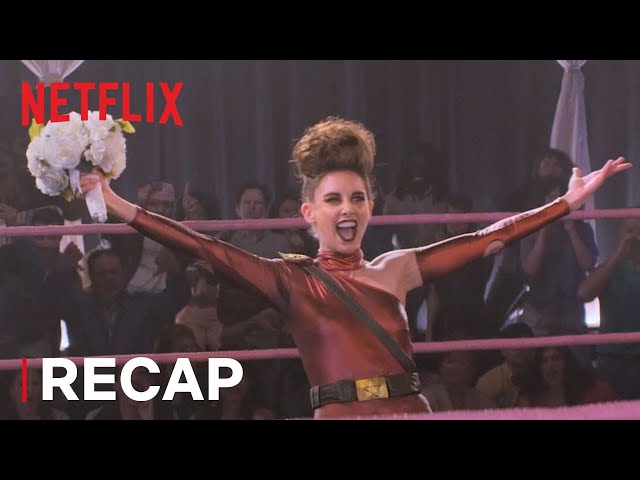 What is GLOW TV series plot?

In Los Angeles in 1985, Ruth Wilder, a struggling actress, auditions along with many other women in a fledgling professional wrestling promotion called the Gorgeous Ladies of Wrestling (GLOW). Traditionally minded in her approach to acting and highly idealistic, she clashes with GLOW's director Sam Sylvia (Marc Maron) due to his cynical demeanor and often unconventional work style. Ruth discovers early on that Sylvia has employed her former best friend, retired soap opera actress Debbie Eagan to star in the show. Ruth and Debbie had fallen out with one another after Ruth had an affair with Debbie's husband, Mark, who Debbie then divorced. The tension between the two women promises either to make or break the developing show. The series follows the personal and professional lives of the fictional show's numerous cast and crew as they navigate the 1980s in Southern California and Southern Nevada.

Who plays who in the GLOW TV series?

Here is the full cast and characters of "GLOW" TV series. Actors and actresses are sorted mostly in credits order.

What are GLOW filming details?

The average duration of each episode is 26 - 46 minutes. Country of origin: United States. Original language: English.

What are critics and audiences saying about GLOW TV series?

More information and reviews on "GLOW" TV series you can get on the following websites.

You can watch GLOW online streaming on Netflix:

GLOW on IMDB is available at:

GLOW on Wikipedia is available at: