Is there a trailer for Watchmen TV series?

HBO on Wednesday, May 08, 2019 released the trailer for "Watchmen" you can watch here:
Watchmen | Official Tease | HBO. 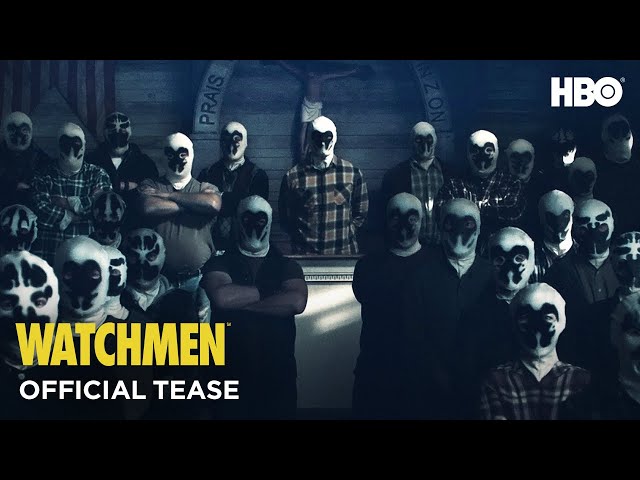 What is Watchmen TV series plot?

The series takes place 34 years after the events of the comic series. In the comic's alternate history of the 20th century, vigilantes, once seen as heroes, were outlawed due to their violent methods. In 1985, Adrian Veidt (Jeremy Irons), formerly known as the vigilante Ozymandias, created a fake attack on New York City by a squid-like alien that resulted in millions within New York being killed, coercing nations to work together against a common threat and to avert a nuclear holocaust. Veidt's actions disgusted his former companions, with Rorschach (Trey Butler) planning to tell the world of Veidt's misdeeds before he was vaporized by Doctor Manhattan, who subsequently left the planet. Unbeknownst to Manhattan, Rorschach had sent his journal to be published beforehand.
The show takes place in 2019 Tulsa, Oklahoma. A white supremacist group, the Seventh Kavalry, inspired by Rorschach's writings and masked image, wage violent war against minorities and the police that enforce special reparations for victims of racial injustice. On Christmas Eve 2016, during an event that came to be known as the "White Night", the Kavalry attacked the homes of 40 police officers working for the Tulsa Police Department. Of those who survived, only two stayed with the force: Detective Angela Abar (Regina King) and Police Chief Judd Crawford (Don Johnson). As the police force was rebuilt, laws were passed that required police to not disclose their profession and to protect their identities while on the job by wearing masks, which includes allowing for costumed police officers. As Crawford's police force attempts to crack down on the Seventh Kavalry, Abar finds herself at the center of two competing plots to kidnap Doctor Manhattan, who has been working with Hooded Justice, the original masked hero and survivor of the Tulsa massacre.

Who plays who in the Watchmen TV series?

Here is the full cast and characters of "Watchmen" TV series. Actors and actresses are sorted mostly in credits order.

What are Watchmen filming details?

The average duration of each episode is 52 - 67 minutes. Country of origin: United States. Original language: English.

What are critics and audiences saying about Watchmen TV series?

More information and reviews on "Watchmen" TV series you can get on the following websites.

Watchmen on IMDB is available at:

Watchmen on Wikipedia is available at: