Watch the official trailer for A Madea Family Funeral 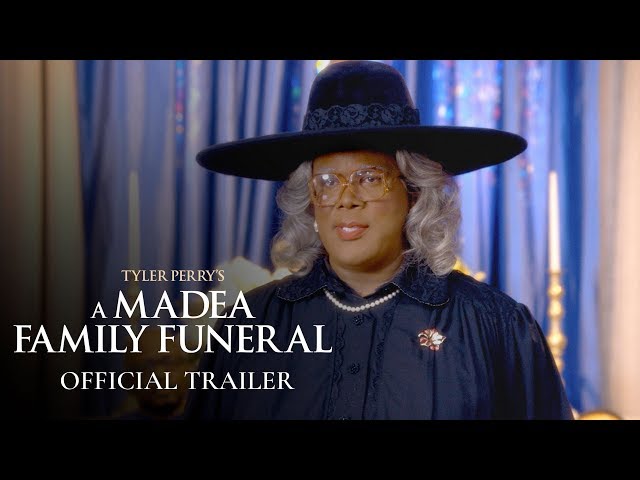 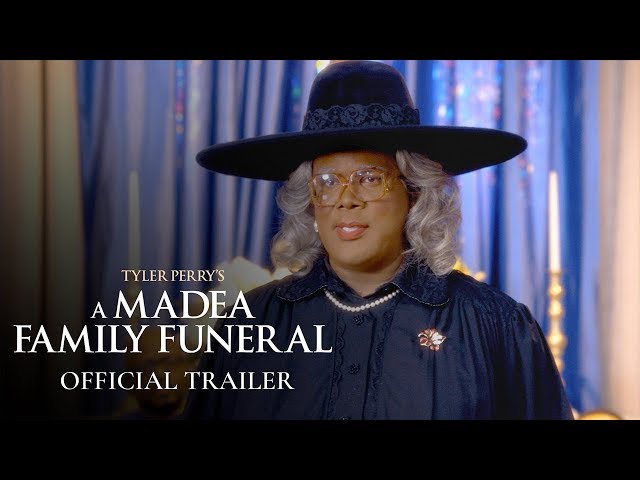 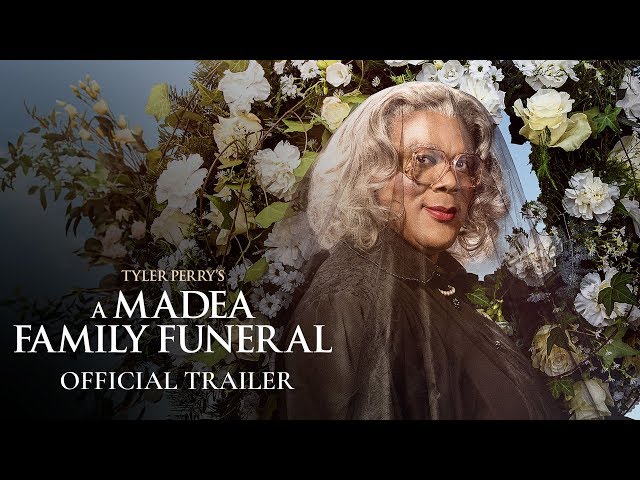 What is A Madea Family Funeral about?

The film opens with the children of Vianne (Jen Harper) and Anthony (Derek Morgan) planning their surprise 40th wedding anniversary at their home. Madea (Tyler Perry), Joe, Brian, Aunt Bam (Cassi Davis), and Hattie travel to backwoods Georgia for the anniversary party. On the way, they deal with a manic, rude police officer. At last they get to their hotel--and catch Anthony in a sex act with Renee (Quin Walters), Vianne's best friend. In the next room is Anthony's son A.J.--with Gia (Aeriél Miranda), his brother Jesse's fiancée. Anthony suffers a heart attack from his activity with Renee and is rushed to the hospital, where he is pronounced dead.
A.J. and Madea's group keep the exact cause of death from the rest of the family. Renee and A.J. blackmail each other to keep their secrets hidden, and A.J blames Renee for his father's affair and death.
Vianne asks Madea to plan Anthony's funeral and says she wants to have it in two days, which makes everyone suspicious. The undertaker at the funeral gives Madea, Bam, and Hattie a creepy vibe and informs them that Anthony died smiling and that the casket can't close because of Anthony's erection. At the funeral, numerous mistresses from Anthony's past show up, visibly upsetting Vianne, and the service lasts for hours until the casket abruptly opens (for the aforementioned reason).
At the repast, A.J. drunkenly reveals Anthony and Renee's affair and Renee exposes A.J.'s affair with Gia, which makes his wife Carol (KJ Smith), to whom A.J. had been disrespectful all weekend finally decide to leave him. A.J. and Jesse fight, and Vianne tearfully reveals that Anthony had been cheating for years and she only stayed with him to protect her family; but now she realizes it's time to live for herself. The film ends with Vianne happily wishing the family luck as she leaves for Las Vegas with Roy (Mike Tyson).

Who's in the A Madea Family Funeral cast?

Here is the full cast and characters of A Madea Family Funeral.

When is A Madea Family Funeral released in cinemas?

What are A Madea Family Funeral film specifications?

What are critics and audiences saying about A Madea Family Funeral?

A Madea Family Funeral got average rating from critics. IMDB rating is 4.4/10.

Other sites about A Madea Family Funeral

More information about A Madea Family Funeral you can get at: