Watch the official trailer for Star Wars: The Last Jedi 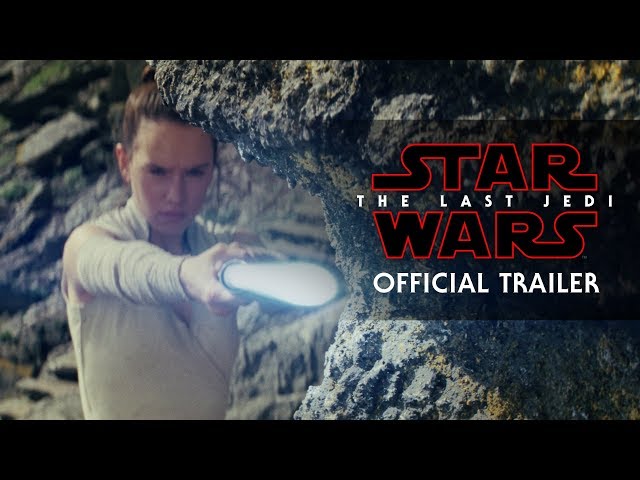 What is Star Wars: The Last Jedi about?

Shortly after the destruction of Starkiller Base, General Leia Organa leads the evacuation of Resistance forces from D'Qar, when a First Order fleet arrives. Against Leia's orders, Poe Dameron leads a costly counterattack that destroys a First Order dreadnought. The remaining Resistance escapes into hyperspace, but the First Order uses a device to track them, and attacks again. Kylo Ren hesitates to fire on the lead Resistance ship after sensing his mother Leia's presence on board, but his wingmen destroy the bridge, killing most of the Resistance's leaders. Leia is dragged into space, but survives by using the Force. While Leia recovers, Vice Admiral Amilyn Holdo assumes command of the Resistance. Running low on fuel, the remaining fleet is pursued by the First Order. On Ahch-To, Rey attempts to recruit Luke Skywalker to the Resistance. Under self-imposed exile, Luke refuses to help and says that the Jedi should end. Even with the encouragment of R2-D2 he refuses to return, but he agrees to give Rey three lessons in the ways of the Force. Rey and Kylo begin communicating through the Force, which puzzles them both. After Kylo tells Rey what happened between him and Luke that caused him to choose the dark side, Luke confesses that he momentarily contemplated killing Kylo upon sensing that Snoke was corrupting him; this prompted Kylo to destroy Luke's new Jedi Order. Convinced that Kylo can be redeemed, Rey leaves Ahch-To. Luke prepares to burn the Jedi library, but hesitates. The spirit of Luke's master Yoda appears and destroys the library by summoning a bolt of lightning. He encourages Luke to learn from his failure.

Who's in the Star Wars: The Last Jedi cast?

When is Star Wars: The Last Jedi released in cinemas?

What are Star Wars: The Last Jedi film specifications?

The film Star Wars: The Last Jedi is rated with "PG-13" rating.

What are critics and audiences saying about Star Wars: The Last Jedi?

Star Wars: The Last Jedi got high rating from critics. But the audience dislikes the film. Audiences polled by CinemaScore gave the film an average grade of "A" on a scale ranging from A+ to F.

Other sites about Star Wars: The Last Jedi