Is there a trailer for Robin Hood movie? 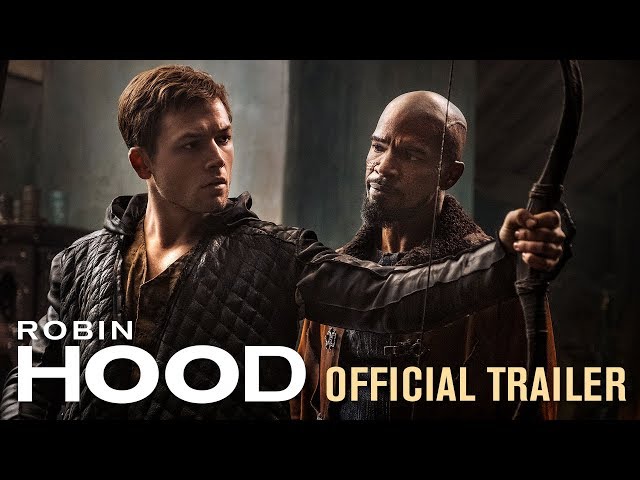 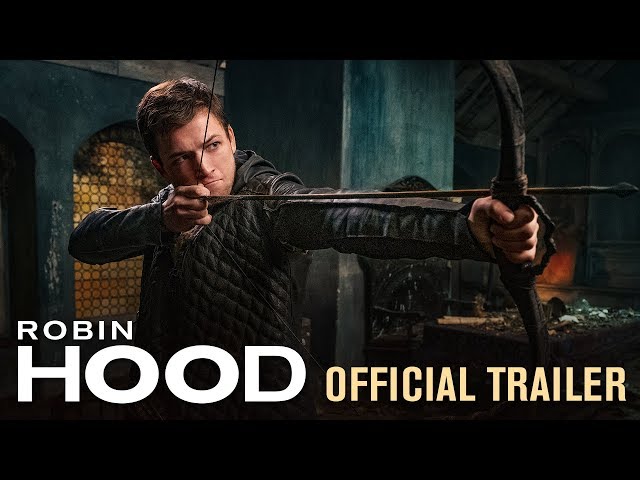 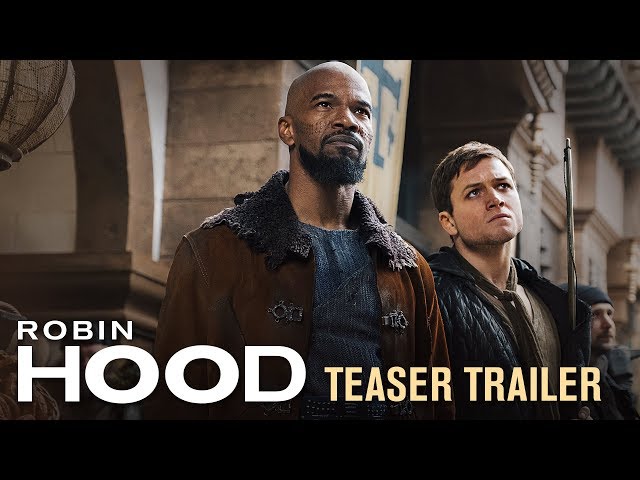 What is Robin Hood movie plot?

Lord Robin (Taron Egerton) of Loxley lives in Nottingham and enjoys a good life with his lover Marian, before he is drafted by the corrupt Sheriff of Nottingham (Ben Mendelsohn) to fight in the Third Crusade against the Saracens. After four years away from England, Robin becomes disillusioned with the Crusades when he fails to prevent his commander, Guy of Gisbourne (Paul Anderson), from executing prisoners, including a young boy, despite the pleading of the boy's father, which prompts Gisbourne to send Robin back home.
When he returns to Nottingham, Robin learns from his old friend Friar Tuck (Tim Minchin) that the Sheriff had him officially declared dead two years prior in order to seize Robin's land and wealth to continue funding the war effort at the behest of the corrupt Cardinal, exiling the citizens from the city and into the coal mine town across the river. Investigating "the Slags", Robin witnesses the commoners planning to rise against the government that oppresses and exploits them and learns that Marian is now involved with their aspiring leader, Will Tillman (Jamie Dornan). Robin is prevented from making contact with her by the Arab whose son he tried to save. The man introduces himself as Yahya - which he says can be translated to "John" - and proposes that he and Robin work to end the war by stealing the money taken from the people to fund the church's conflict. Marian seeks Robin upon learning that he is alive, but he chooses not to tell her of his plans for her own protection.
Through a gruelling training regimen in his now-decrepit manor, Robin greatly improves his skills in archery and combat and begins stealing the riches that the Sheriff has extorted from the townspeople, earning the nickname "The Hood", while concealing his activities by masquerading as a frivolous playboy who supports the Sheriff's regime. During a party in the Cardinal's honor attended by Robin, Marian and Will, Marian and Robin discover the war is a ploy of the church, which is also funding the Saracen army, to defeat the king and claim total power after his death. Gisbourne and his men raid the Slags at the Sheriff's behest in order to find the Hood. Marian attempts to intervene despite Will's objections and crosses paths with the Hood, whom she discovers is Robin. John is captured by Gisbourne and tortured by the Sheriff but refuses to reveal the Hood's identity.

Who plays who in the Robin Hood movie?

Here is the full cast and characters of "Robin Hood" movie. Actors and actresses are sorted mostly in credits order.

What are Robin Hood filming details?

"Robin Hood" movie is rated "PG-13", according to the MPAA film rating system.

What are critics and audiences saying about Robin Hood movie?

"Robin Hood" movie got average rating from critics. IMDB rating is 5.3/10. Rotten Tomatoes rating is 15/100. But the audience kinda likes the film. Audiences polled by CinemaScore gave the film an average grade of "B" on a scale ranging from A+ to F.

More information and reviews on "Robin Hood" movie you can get on the following websites.

Robin Hood on IMDB is available at:

Robin Hood on Wikipedia is available at: