Here are "The Laundromat" movie trailer, plot summary, full cast and characters, release date and everything we know so far.

Is there a trailer for The Laundromat movie?

Netflix on Wednesday, August 28, 2019 released the trailer for "The Laundromat" you can watch here:
The Laundromat | Official Trailer | Netflix. 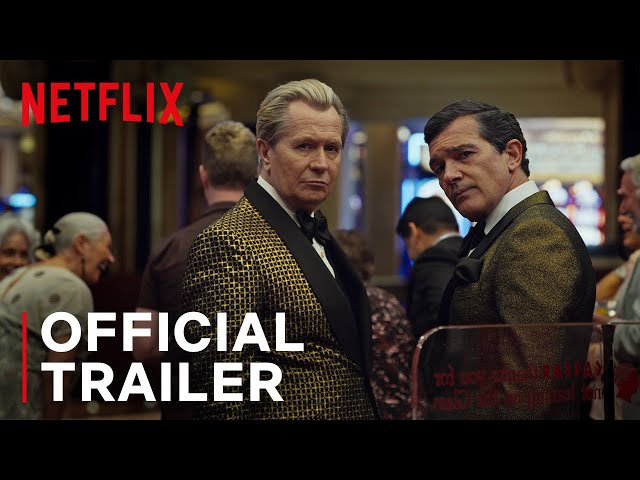 What is The Laundromat movie plot?

Here is a short review of "The Laundromat" movie plot summary.

The film opens with Jürgen Mossack (Gary Oldman) and Ramón Fonseca (Antonio Banderas) introducing themselves, along with the concept and practices of money laundering. The pair continue to act as narrators for three stories of people around the world who are adversely effected by the machinations of their company, Mossack Fonseca. While the story has been somewhat fictionalized, the names of the law firm at the centre of the scandal, along with those of its founders, were not.
Characters Ellen Martin (Meryl Streep) and her husband, Joe (James Cromwell), are on a pleasure boat, the Ethan Allen at Lake George, New York when it capsizes, drowning Joe. When Ellen tries to get compensation from the boating company for Joe's death, she cannot because the reinsurance company that the boat company's owner and son, Matthew (David Schwimmer), bought their policy from was sold to another company based out of Nevis. The Nevis-based company is actually a trust of one of Mossack's shell corporations, which is under investigation by the Internal Revenue Service (IRS) for fraud. When her attempts to contact Mossack and the Nevis-based company are unsuccessful, Ellen travels there to confront Malchus (Jeffrey Wright) Boncamper, the manager of the trust. Malchus tricks Ellen and escapes to Miami, where he is arrested by IRS-CI Special Agents at a Miami airport.
The second story is about Simone (Jessica Allain), who is the daughter of Charles (Nonso Anozie), an African billionaire. When Simone discovers her best friend is having an affair with Charles, he offers her shares (supposedly worth $20 million) in one of his investment companies to keep her silence. She accepts his offer, but when she travels to Mossack's offices in Panama City to claim the shares, they turn out to be worthless because they are actually part of a shell company under Mossack that only exists on paper.

Who plays who in the The Laundromat movie?

Here is the full cast and characters of "The Laundromat" movie. Actors and actresses are sorted mostly in credits order.

When is The Laundromat movie release date?

"The Laundromat" movie release date was scheduled to be on September 1, 2019 (Venice) and on September 27, 2019 (United States) distributing by Netflix and TriPictures.

What are The Laundromat filming details?

"The Laundromat" movie is rated "R", according to the MPAA film rating system.

What are critics and audiences saying about The Laundromat movie?

"The Laundromat" movie got average rating from critics. IMDB rating is 6.3/10. Rotten Tomatoes rating is 40/100.

More information and reviews on "The Laundromat" movie you can get on the following websites.

The Laundromat on IMDB is available at:

The Laundromat on Wikipedia is available at: