Is there a trailer for Don't Breathe 2 movie? 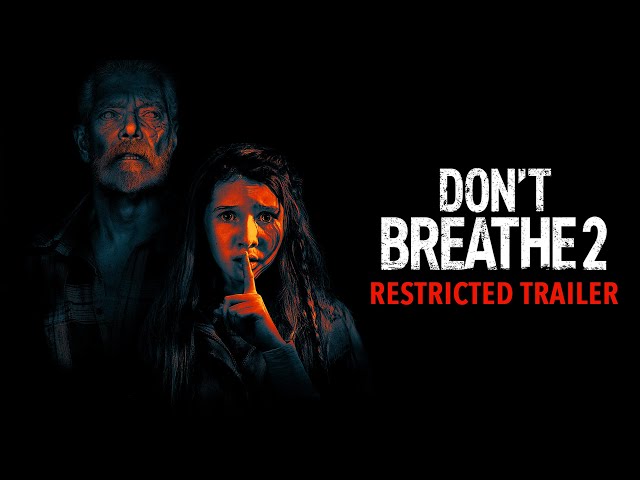 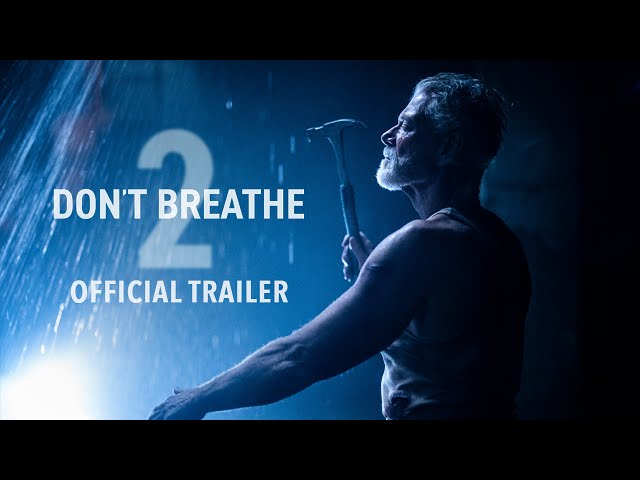 What is Don't Breathe 2 movie plot?

8 years after the events of the first film, Norman Nordstrom (Stephen Lang) lives in relative solitude with his 11 years old daughter Phoenix (Madelyn Grace) and his Rottweiler Shadow in the suburbs of Detroit. Norman tells Phoenix that they used to have another house, which burned down in a fire, and that her mother died in that fire.
Norman gets a supply drop from his friend and former Army Ranger Hernandez (Stephanie Arcila). Hernandez, who is Norman's only connection with society, convinces a reluctant Norman to let her take Phoenix with her to run errands in town, so that she can have some time out of the house. While running errands together, Hernandez stops at a gas station to refuel. Phoenix is ambushed by a gang member in the gas station's bathroom. However, Shadow scares the man away, but he gives the order to the gang to follow Phoenix back home.
After dropping off Phoenix, Hernandez is ambushed and killed by the gang, who proceed to head to Norman's house. The gang lures Shadow away and kills him. Norman, who suspects something happened to Shadow since his food bowl is still full, goes outside to look for him, while the gang silently breaks into the house to kidnap Phoenix. Norman finds Shadow dead from a bullet wound. Realizing that Shadow was shot, he heads back to the house to defend it.
A struggle ensues between Norman and the gang members. Eventually, the gang leader shows up and tells Phoenix, who is hiding with Norman, that he is her real father, confirming it by showing they both have a streak of white hair in the right side of their head. It is revealed that 8 years prior, Phoenix's house burned down because a meth lab in the basement exploded. Phoenix's father was immediately taken into custody after the explosion and sentenced to 8 years in prison for various crimes. Norman found Phoenix unconscious while examining the burned house with Shadow and he took her home to fulfill his desire of having a daughter again. Her father realized Phoenix was still alive after seeing her leave flowers for her mother's memorial at the burned house. A conflicted Phoenix tries to run away, but is knocked unconscious by Raul (Christian Zagia), a gang member.

Who plays who in the Don't Breathe 2 movie cast?

Here is the full cast and characters of "Don't Breathe 2" movie. Actors and actresses are sorted mostly in credits order.

What are Don't Breathe 2 filming details?

"Don't Breathe 2" movie is rated "R", according to the MPAA film rating system.

Principal photography began on August 7, 2020, in Belgrade, Serbia, with Pedro Luque serving as cinematographer, returning from the previous film.

What are critics and audiences saying about Don't Breathe 2 movie?

More information and reviews on "Don't Breathe 2" movie you can get on the following websites.

Don't Breathe 2 on IMDB is available at:

Don't Breathe 2 on Wikipedia is available at: